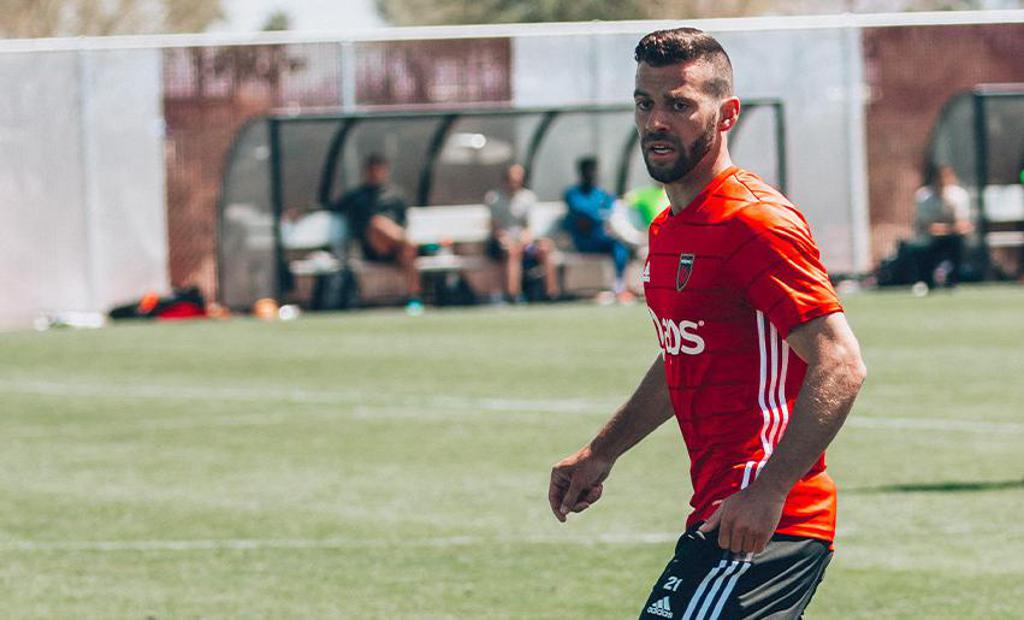 Arturo Rodriguez scored a highlight-reel goal in the 43rd minute to give Rising’s first group a 1-0 lead against Union Omaha through 60 minutes, but the USL League One side battled back, scoring twice against Rising’s second group in a match that finished, 2-1, in favor of the visitors.

Omaha broke free of Rising’s high press in the 20th minute of the match and immediately shot a pass forward for a counter attack. The Union forward broke free of Phoenix’s center back duo, and cut to his left before attempting to pick out the lower corner of the goal. Fortunately for Rising, goalkeeper Andrew Rawls dove far to his left side to push the ball wide and off the post.

Rising fired back in the 31st minute when Rodriguez took a pass at the top of the box and waited for Jeremy Kelly’s overlapping run. Rodriguez pushed the ball into the path of Kelly and the right back fired a shot high at the near post but Omaha’s goalkeeper made a diving save of his own to keep the match level, 0-0.

Rodriguez put on a show with a zigzagging run that started on the left flank and ended at the opposite side of the area in the 43rd minute. The 2019 USL League One MVP, cut through a platoon of defenders before slotting home a slow rolling shot to make it 1-0.

Rising’s second group entered the match in the 60th minute. Soon after, Rising’s Ivan Gutierrez tested Omaha’s goalkeeper with a long-range attempt. The line-drive shot was on target but the goalkeeper made another diving save, high to his right side to keep the match close.

Then, Omaha made it a tie game with a goal in the 69th minute. The play began with a corner kick that was played high to the back post. There, a Rising defender won a header to get the ball out of the area. Unfortunately the chance fell to a Union Omaha attacker at the top of the area. The midfielder cracked a hard shot on the volley, past goalkeeper Zac Lubin, to make it 1-1.

Joey Calistri drew a free kick in a dangerous area in the 80th minute and Jon Bakero stepped up to take the shot. His attempt caught the lower right side of the wall and skipped away from danger.

Just before the final whistle blew, Omaha won a free kick of their own, 40-yards from goal. Union opted to play the ball wide, where a winger swung a pass to the back post. There, two Omaha players combined to redirect the ball over the goal line. The match finished seconds later, 2-1.