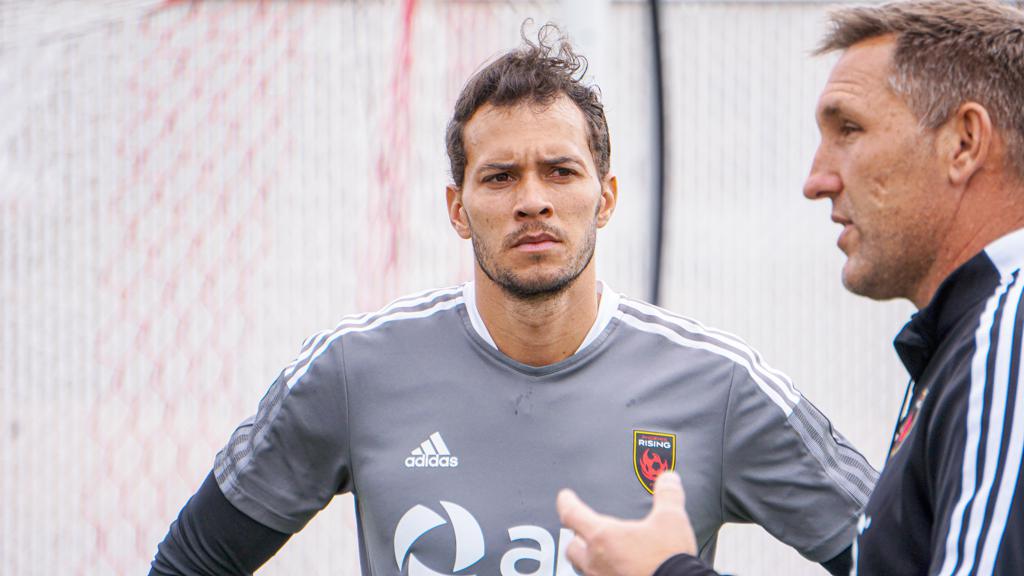 Phoenix Rising FC added defender Jeremy Kelly and goalkeeper Andre Rawls on loan from the Colorado Rapids, the club announced today.
Rising now has 18 players signed ahead of the 2021 season, which is set to kick off on Friday, April 30 at Wild Horse Pass.

Phoenix has a preseason match today at noon versus USL League One side Union Omaha. The teams will meet a second time this Saturday, March 27. Those matches are not open to the public.
Kelly, 23, is entering his second season as a professional. The North Carolina native joined the Rapids via trade after being selected ninth overall at the 2020 MLS SuperDraft and went on to record 246 minutes across eight regular season appearances for the club last year. Kelly was a four-year standout at the University of North Carolina, helping the Tar Heels to consecutive NCAA College Cup appearances.
“Jeremy comes to us with an amazing pedigree,” said Rising head coach Rick Schantz. “He is multi-talented and will bring an extremely high quality of play to our team. Jeremy is calm and composed. He is also a very good passer. I was impressed with him after one training session.”
Rawls, 29, is entering his sixth professional season after being drafted by New York City FC in the third round of the 2015 MLS SuperDraft. Since then, Rawls has made 66 appearances in the USL Championship with the Wilmington Hammerheads, Orange County SC and Colorado Springs Switchbacks FC. Rawls joined Colorado ahead of the 2019 MLS season. A native of San Ramon, Calif., Rawls played three years of college soccer at Saint Mary’s College and was named West Coast Conference Goalkeeper of the Year in 2014.
“Andre is an outstanding goalkeeper,” said Schantz. “He is very athletic and intelligent. He reads the game well and can play with his feet. The competition between Andre and Zac [Lubin] will be fierce, but will make both of them better. I couldn’t be more excited to have Andre join our team.”
Name: Andre Rawls
Position: Goalkeeper
Height: 6-2
Weight: 182
DOB: December 20, 1991 (29)
Born: San Ramon, California
Hometown: San Ramon, California
College: Saint Mary's College
Name: Jeremy Kelly
Position: Defender
Height: 5-10
Weight: 145
DOB: Oct. 21, (23)
Born: Prague, Czech Republic
Hometown: Chapel Hill, North Carolina
College: University of North Carolina
Twitter: @JEJE_K4