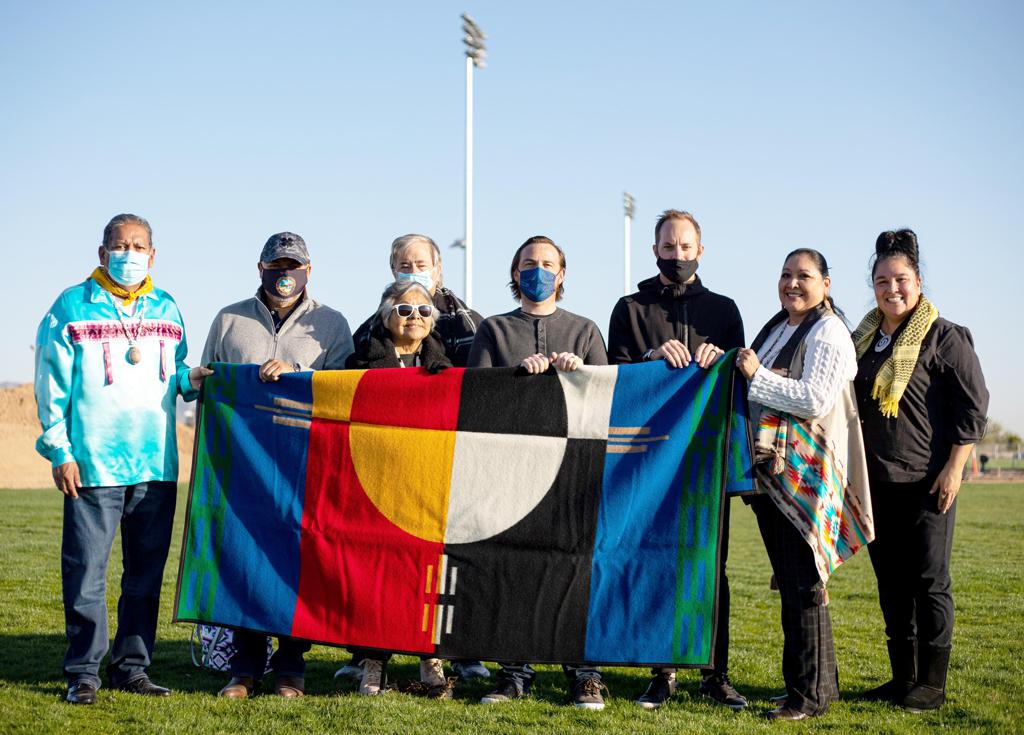 Phoenix Rising was officially welcomed to Wild Horse Pass in the traditional Native American way – with a ground-blessing ceremony performed this morning by Gila River Indian Community Elder Robert Stone at the club’s new stadium site, which is set to open roughly six weeks from now.

“In the Native American culture, it is important to keep balance,” said Wild Horse Pass Development Authority Cultural Consultant, Ginger Martin. “A balance of mother earth, of human kind and everything in-between, so this morning, a traditional healer came to bless this earth, the four directions, the people here today and all those in the spirit world.”

As is custom, the blessing took place at sunrise (6:32 a.m.). Stone sang Native American songs welcoming the sun, presented Rising with a traditional wool blanket (pictured above) and cleansed the site with the burning of sage.

“The burning of sage bundles in our culture is a way to carry prayers to the heavens,” said Martin. “That offering was made along with prayers of happiness and wellbeing.”