“We’re moving in the right direction” 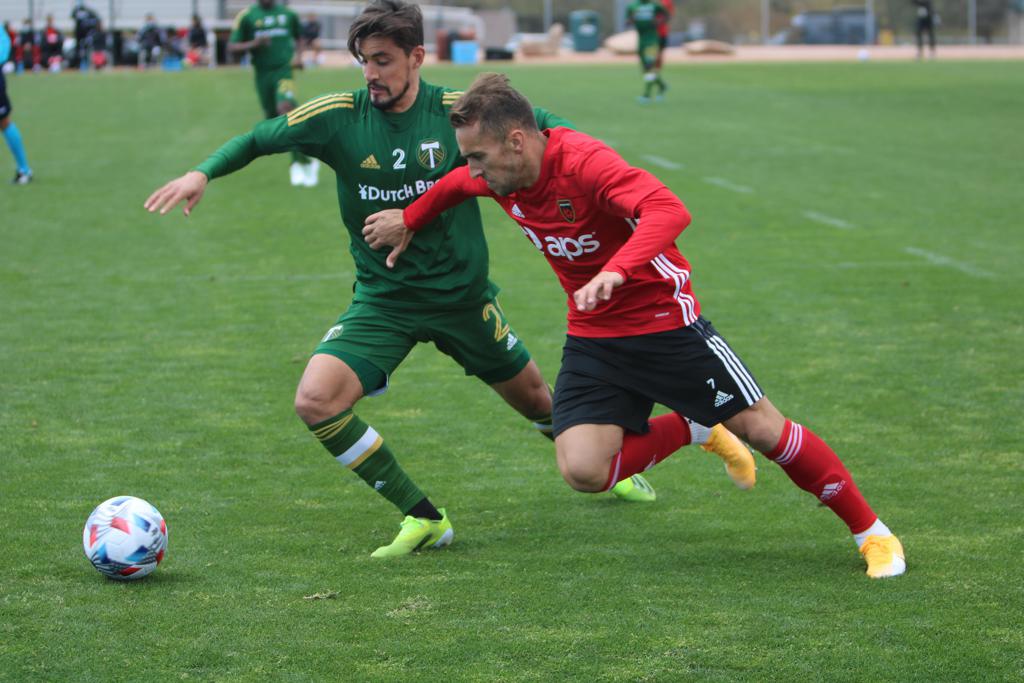 TUCSON, ARIZONA – In its second matchday of the preseason, Rising’s first team held its own against MLS side Portland Timbers, falling 1-0 on a strange deflection off a Phoenix defender.

“We’re not super fit or sharp this early in the preseason, but we certainly improved in the areas where we were weak against Sporting KC,” said Rising head coach Rick Schantz. “We are moving in the right direction. Maybe a little slower than I would like but it’s been six months without any games for some of these players. [Our first two matches] have been a little bit of baptism by fire.”

Colorado’s Toure started off the first 45-minute session by cracking a shot off the crossbar in the ninth minute. Three minutes later, the Rapids’ Larraz won the ball back in Rising’s area and picked out the far side netting to make it 1-0.

Colorado increased its lead to 2-0 in the 22nd minute when Yapi knocked the ball to Hundley at the top of the area. Phoenix’s defense failed to front the ball quickly and Hundley made them pay. The forward hit a shot that caught the bottom of the crossbar at the back post and settled into the back of the net.

Rising’s goalkeeper made an outstanding save to keep the match, 2-0, in the 31st minute. Once again, Colorado’s Yapi setup the chance, getting the ball to Mezquida in the center of the area. Mezquida’s spinning shot in smothered by the trailist goalkeeper, denying the striker on what should have been a sure goal.

Rising’s first team took the field next and played evenly against Timbers FC until four-time MLS All-Star Diego Valeri attempted to play a ball through to Felipe Mora. A Phoenix defender deflected the pass up into the air and the ball skipped awkwardly into the back of the net for an own goal in the 25th minute.

"We’re asking these academy players to play against some MLS players that are making millions of dollars. It’s not easy, but it is an invaluable experience for academy players Jacob Harris, Moises Mondragon and Niall Dunn. This is what they need. This will help their development and help our academy."