“The 2021 season is set to be an exciting year for Phoenix Rising,” said Rising GM Bobby Dulle. “Partnering with the No. 1 soccer brand in the world will help us elevate our footprint in the community and grow the game at the youth and academy levels in Arizona.”

Adidas will become the club’s exclusive uniform and equipment provider, outfitting all Rising players, coaches, staff and youth players. Rising’s line of adidas kits will be unveiled prior to the start of the 2021 USL season. The league is targeting a start date on or around Saturday, May 1.

"Partnering with the Phoenix Rising brand is a strategic alliance for us,” said Adidas soccer Director Frank Battle. ” We have long admired the organization's professional and progressive core values that uniquely complement our own. Collectively, we will see our mutual ambitions push boundaries through collaborations both on and off the field. Equally as such, we are excited to bring innovative Adidas soccer products to all athletes and fans within the Phoenix Rising community.”

Rising’s 2021 jerseys and Adidas-branded apparel will also be sold at ShoprisingFC.com and all Just Sports locations. Gear will also be available on match days at Rising’s new stadium, which will be located on the Gila River Indian Community at Wild Horse Pass. 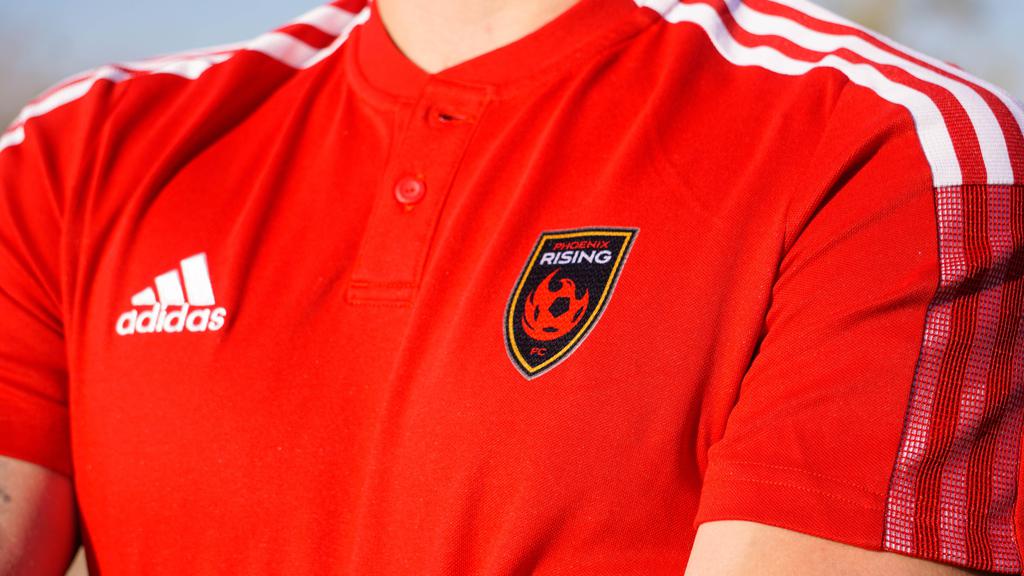