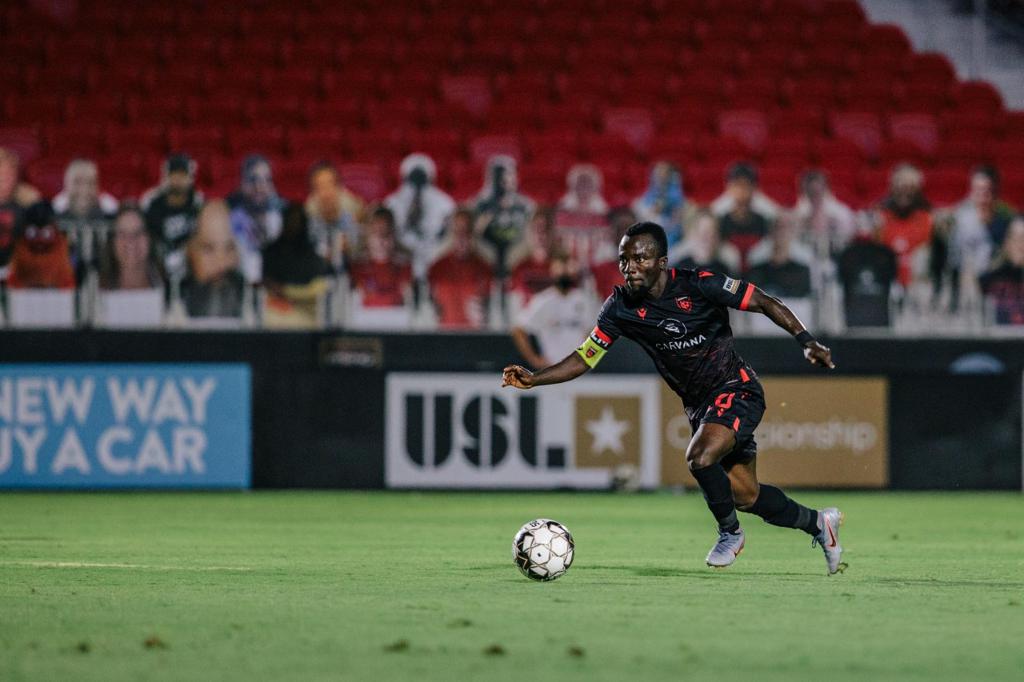 "After a tremendously challenging 2019 season, it feels great to know the core group that led us through such adversity, all the way through the Western Conference Final, will be back next season," said head coach Rick Schantz.

Asante, who turned 30 years old on March 6, has 44 goals and 35 assists in 87 appearances for Rising since joining the club prior to the 2018 season. He is the only back-to-back MVP in USL history. The 2019 Golden Boot Winner is one of only two players in league history to have reached the 40 goal, 30 assist plateau.

Lubin, 31, was arguably the club’s MVP this postseason, where he racked up 14 saves in addition to stopping two of nine attempts during the club’s two penalty kick shootouts. During the 2020 regular season, Lubin collected five clean sheets on 46 saves. Since joining the club ahead of the 2018 season, Lubin has earned a shutout in 22 of the 56 matches in which he appeared.

Dadashov, 29, scored 11 goals and added four assists in his first season with Rising. The club finished the season with a record of 12-1-4, when the No. 9 was in the starting 11. The forward also buried the decisive penalty kick vs. Reno 1868, sending Phoenix to the Western Conference Final via a 5-4 win.

King, 30, led all Rising defenders in chances created with 19. He also ranked first on the team in clearances (49) and tackles won (19). In nine USL seasons, King has appeared in 231 matches and scored 10 goals.

Moar, 27, was also a huge factor in Rising earning its second Western Conference Championship since 2018. The Spaniard had a hand in all four goals Phoenix scored in the postseason after competing with league MVP, Asante and league Golden Boot winner Junior Flemmings for minutes during the regular season. Moar joined Rising in December of 2019. He had two goals and eight assists (second in USL) in 2020.

Signing with Rising in January 2020, Stanton started 14 of his 17 appearances for Rising in his first season. The Scotsman scored three goals on 12 shots. He also ranked sixth on the team in chances created with 18. The 26-year-old started all four playoff matches.

The fifth overall selection in the 2018 MLS SuperDraft, Bakero has appeared in 37 matches for Phoenix since 2019. The 2017 Hermann Trophy winner had five goals and nine assists during that span. He also ranked second in chances created behind Asante in the past two seasons with 108. Bakero turned 24 on November 5, 2020.

Rising’s longest-tenured player, Lambert will rejoin Rising for a fourth season. The defensive midfielder signed with Phoenix from Montego Bay United as a 19-year-old in August 2017. Lambert has now appeared 87 times and scored nine goals for Rising. The Jamaican’s latest goal was the first of two that erased a 2-0 deficit in the Western Conference Semifinal vs. Reno 1868 on October 17. He will turn 24 in March and has been capped nine times by the Jamaican National Team.