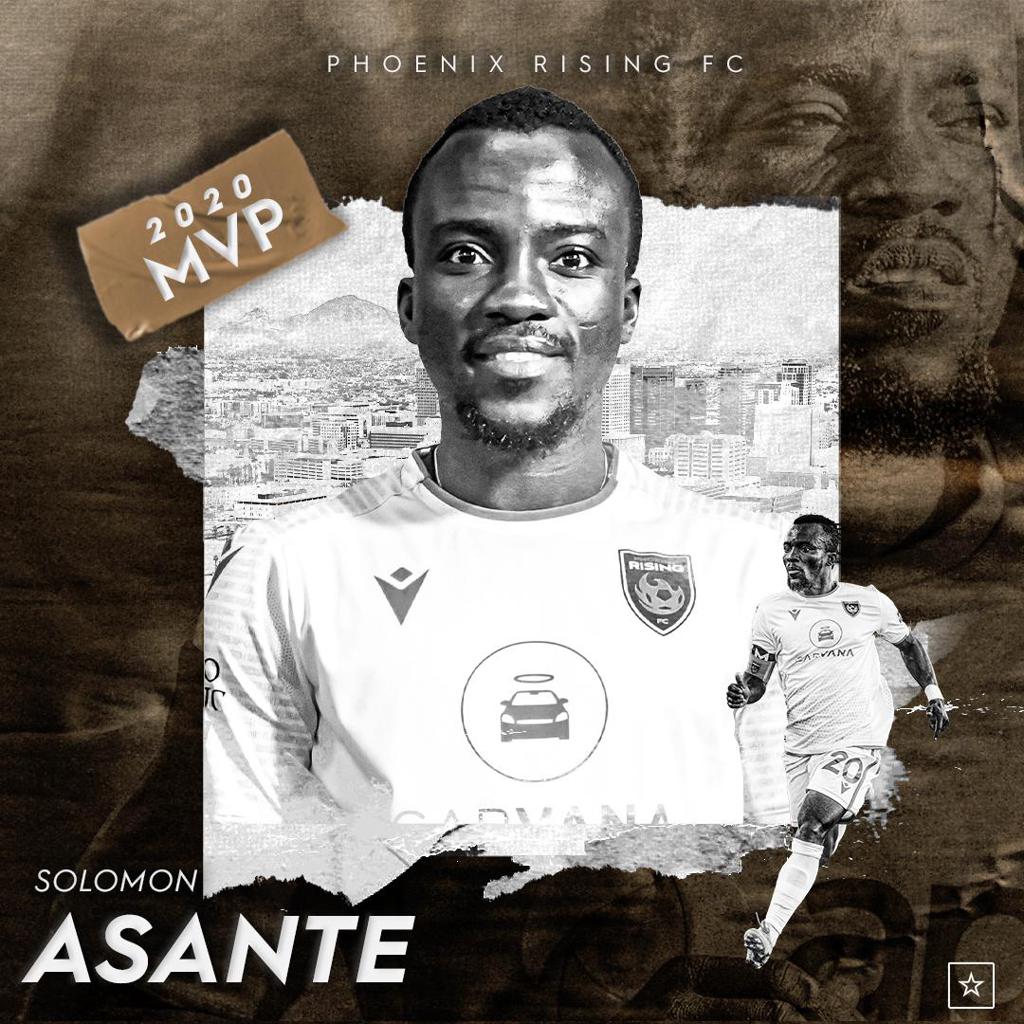 “I’m overwhelmed,” said Asante. “This year and season did not go as planned but together as a team, we stood by each other to ensure the joy of the game prevailed. This award is dedicated to the entire team, our board of directors and our amazing fanbase. My family and friends… I say thank you so much.”

While Asante’s 2019 numbers (22 goals, 17 assists) were impossible to match due to the reduced number of matches played during COVID-19, the 2019 Golden Boot winner showed his versatility by improving on his assist-per-game numbers. Asante averaged 0.50 assists per match last season compared to a rate of 0.56 in 2020. He finished the regular season with eight goals, nine assists and 51 chances created (including playoffs). The Ghanaian is also one of only two players in league history to have notched more than 40 goals and 30 assists.

“In a season with so many challenges, the leader of our team was not only exemplary on the field but off,” said Rising head coach Rick Schantz. “I’m certain that in every game we played, our opposition was focused on his abilities and importance, but he continued to succeed and be the best player in the league. I’m so happy for him because no one works harder than Solomon Asante at being the best in all facets of life.”

Although the award is a regular-season honor, and accordingly, only reflects Asante’s six goals and nine assists – the 2020 MVP’s significance was never on display more than when Rising needed him the most.

Down, 2-1, to Reno in Nevada with the season on the line, Asante took a pass from Santi Moar and darted towards goal. Gaining a step on his marker with a nifty first touch, Asante ran 25 yards, to the top right corner of the area before firing a shot, low and just inside the post to level the match, 2-2. Rising eventually won the match in a penalty-kick shootout to advance to the Western Conference Finals.

The 2020 USL Championship Awards were voted on by team technical staffs and executives and a league-wide media panel that included representation from every USL Championship market. Voting was conducted following the conclusion of the 2020 Championship regular season.