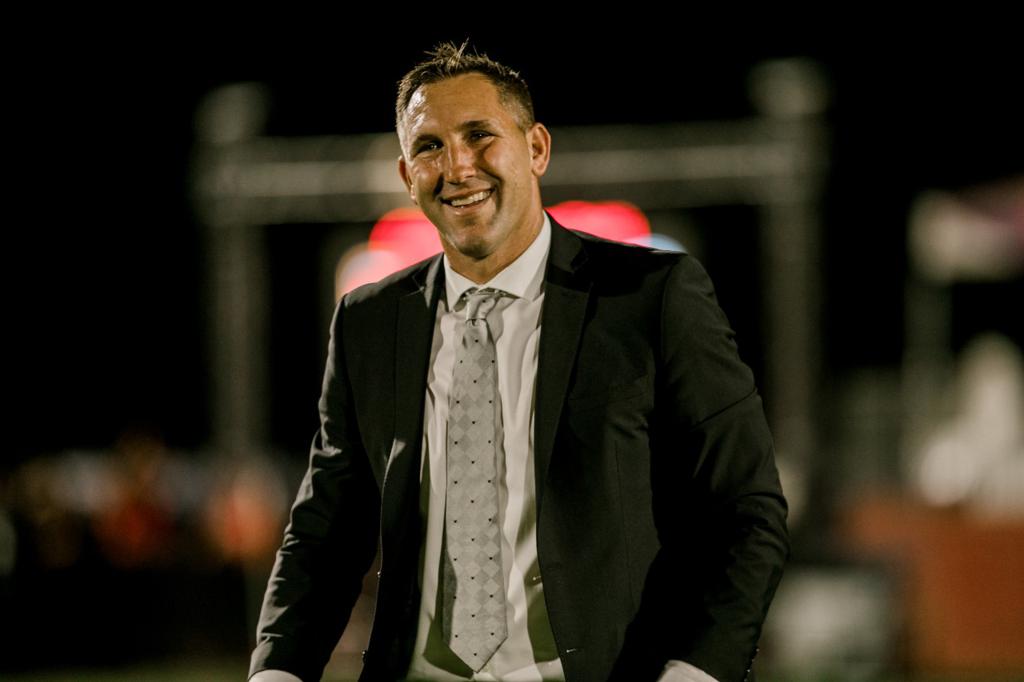 The move was set in motion by San Diego Loyal defender Collin Martin, who expressed his support after Schantz and Rising leadership reached out to him personally.

“Rick has apologized to me personally and I accept that apology as genuine,” said Martin. “We all come to our education on issues at different times, and he is beginning to understand the pain and disappointment he caused his team, the fans and the LGBTQ community. I see no reason not to give him my blessing and an opportunity to prove that someone can change.

The sooner Rick is back working with his team and our league, the sooner he can begin his role as an ally in advancing LGBTQ equality and acceptance in professional sports. His return is not the end of his personal growth, but rather the beginning, and he should use his position of influence now to help effect real understanding and change.”

Schantz was put on administrative leave for three matches, including two playoff games, following his reaction to an incident that took place during a September 30 match between Phoenix and San Diego. In that match, Martin accused Rising player Junior Flemmings of using an anti-gay slur against him. Schantz’s response was initially dismissive.

Following the incident, Flemmings was suspended by the league for the rest of the season, and Schantz was placed on indefinite administrative leave by the team. Schantz has since apologized for how inappropriately he handled the situation, and how his reaction has impacted his team, fans and the LGBTQ community.

“I realize how damaging my actions were not only to Collin Martin, who I have personally apologized to, but also to my team, the league and the LGBTQ community,” said Schantz. “I should have immediately acknowledged and denounced any anti-gay language. I am disappointed in myself and I’m committed to becoming a better human on this issue in the future.

I’m working with and listening to LGBTQ community and sports leaders to develop a personal growth plan, as well as team-wide inclusion programs, so I can become an active ally to the LGBTQ community. This is a long-term commitment that I take very seriously.”

Rising has also partnered with San Diego Loyal to develop a cooperative program where coaches, players, sponsors and fans from both clubs will come together to advocate for acceptance, equality and inclusion within their communities.

“During his administrative leave, Rick has dedicated himself to listening to members of the LGBTQ community and learning about the difference between tolerance and acceptance,” said Phoenix Rising FC governor Berke Bakay. “I have witnessed a sincere commitment in him to use this public platform as head coach of our club to amplify the importance of equality and inclusion in professional sports.”

Phoenix Rising FC has publicly and proudly supported LGBTQ causes and charities such as  Athlete Ally and One-N-Ten since its inception. Yesterday, Rising announced that it would relinquish its rights to host the 2020 USL Championship Title match due to the Club obtaining three of its 35 points via San Diego’s forfeiture on September 30. The club with the most points during the regular season is awarded the right to host the league final. That match will now be hosted by the winner of the Eastern Conference.

Schantz will rejoin the team this week to prepare for the Western Conference Final between Rising and El Paso Locomotive FC. That match is set to kick off at 7:30 p.m. this Saturday, October 24, at Casino Arizona Field.

In the absence of Schantz due to the team-imposed leave, Rising has won its last three matches under the direction of interim head coach Blair Gavin.