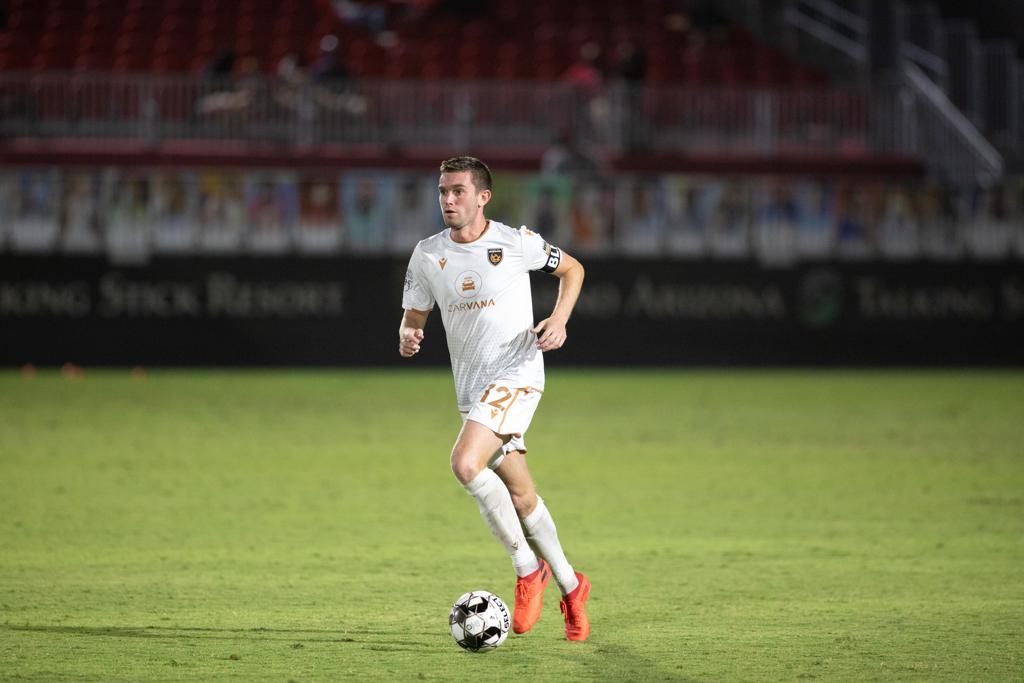 Defender AJ Cochran and midfielder Santi Moar added goals for Rising, who will now host Sacramento Republic FC (7-2-6) in a first-round playoff match next Saturday, October 10 (7:30 p.m.). Tickets for that match will be available to the general public and will go on sale this Tuesday, October 6.

Tonight, LA Galaxy II struck first in the sixth minute when they sent the ball out wide to Iván Gutiérrez on the left flank. Gutiérrez took a touch and fired in a pin-point accurate cross to Agustine Williams. The forward slowed down in the middle of the six-yard box and headed a shot past Rising goalkeeper Zac Lubin to make it 1-0.

Santi Moar took it upon himself to make it 1-1 in the 10th minute. The forward took a throw-in from defender Darnell King on the left flank, cut inside across the top of the box and around multiple defenders before bending a shot towards the back post. The ball curled perfectly past LA Galalxy II goalkeeper Abaraham Romero and into the far side-netting to level the match at one goal apiece.

Phoenix took a 2-1 lead in the 27th minute when King sent a cross to the back post for Solomon Asante. The 2019 USL MVP quickly played a ball backwards, into the path of a late-arriving Sam Stanton. Forward Rufat Dadashov also played a part in the setup, acting as a decoy until Stanton was in position to strike the ball with his first touch. Stanton cracked the ball with his left foot, sending a line-drive shot into the far corner of the net.

Defender Joey Farrell nearly netted his first goal of the season, twice before the end of the half. His first chance came from distance. The center back did well to keep his shot low and hard, testing Romero at his near post. The goalkeeper made a diving save through traffic, pushing the shot wide of the post to his left side.

Farrell’s second chance came from the boot of Jon Bareko. Phoenix’s No. 10 curled a cross high to the back post where Farrell headed a shot, back across the face of goal. Romero laid out to his left side and tapped the shot clear of the back post with his left hand to keep the match at 2-1 heading into halftime.

Rising made it 3-1 just after halftime when two defenders combined to score on a corner kick from the left side. Bakero skied a ball, high towards the opposite corner of the area, where Farrell headed a pass back into the mixer. There, AJ Cochran rose above the crowd to head a shot low to the right side of Romero. The shot slipped just inside the post for Cochran’s second goal of the match.

Phoenix took a three-goal lead in the 57th minute when a half-cleared ball fell to the feet of Asante. The forward turned quickly and smacked a shot low, off the post. The ball ricocheted back to the feet of Stanton, who buried his second goal of the match to make it 4-1.

Phoenix interim head coach Blair Gavin brought on 14-year-old academy product Ansu Kanneh for King to close out the match. The youngest player in Rising history (14 years and 305 days) made his debut for the club in the 87th minute.