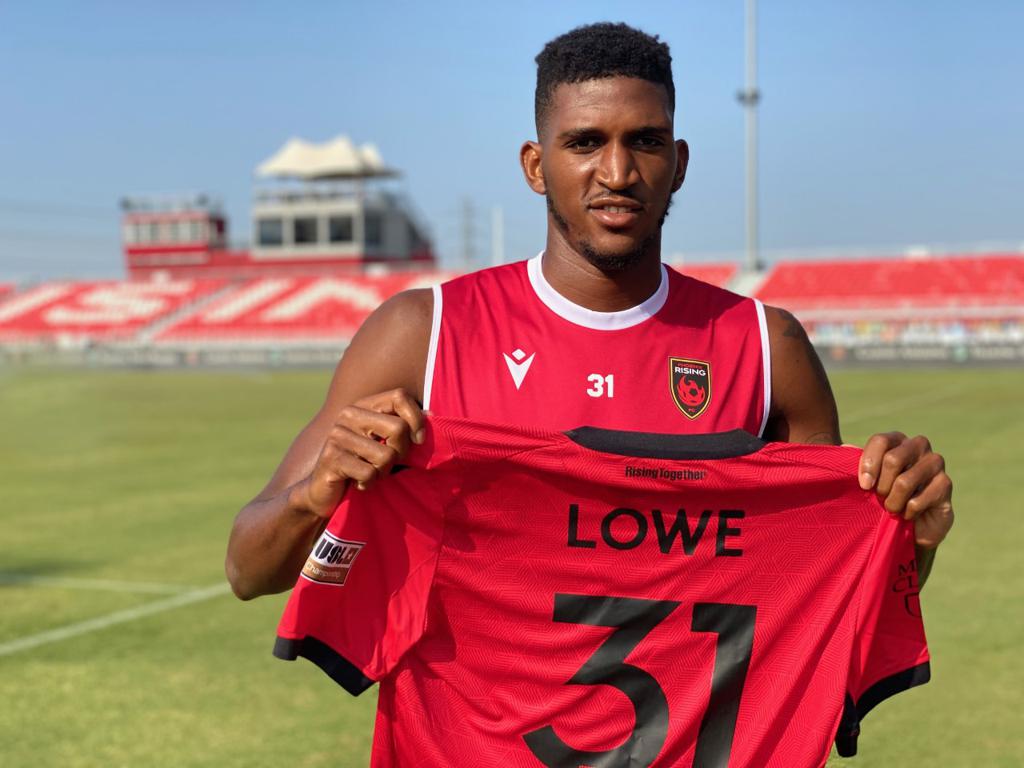 Lowe started four of five matches and scored the game-winning goal in the 56th minute of a 3-2 win for Jamaica vs. Honduras in the 2019 Concacaf Gold Cup. The Reggae Boyz went on to win their group and advanced to the tournament semifinals before falling, 3-1, to the U.S. Lowe also played every minute for Jamaica during the 2017 Gold Cup, where the team shut out three of its six opponents in route to a berth in the finals. He has 22 Caps and two goals for his country.

“Junior [Flemmings] and Kevon [Lambert] both know him from the national team,” said Rising head coach Rick Schantz. “He has played at a high level. He has been successful in USL. If he plays to the level he is capable of… he’s bigger, stronger and faster than almost anyone we have. This creates a rotation for us at center back since, right now, all three of our center backs have been on the field at the same time. He gives us three players for two positions there in the middle, which is important heading into playoffs.”

Lowe was selected eighth overall by Seattle Sounders FC in the 2014 MLS SuperDraft. Sounders FC loaned Lowe to Tacoma and Minnesota United, where he made 47 combined appearances in the second division, before signing with Tampa Bay in 2017. Lowe scored once for the Rowdies in 16 appearances before signing with Norwegian first division side, IK Start. Since 2017, Lowe has appeared in 51 matches as a defender and has scored three goals for the Eliteserien side.

Rising hosts San Diego Loyal at Casino Arizona Field this Saturday, September 19. That match is set to kick off at 7:30 p.m. and will be broadcast live on CW61 Arizona and ESPN+.