Preview: Rising vs. Los Dos on ESPN+ Wednesday at 2 PM 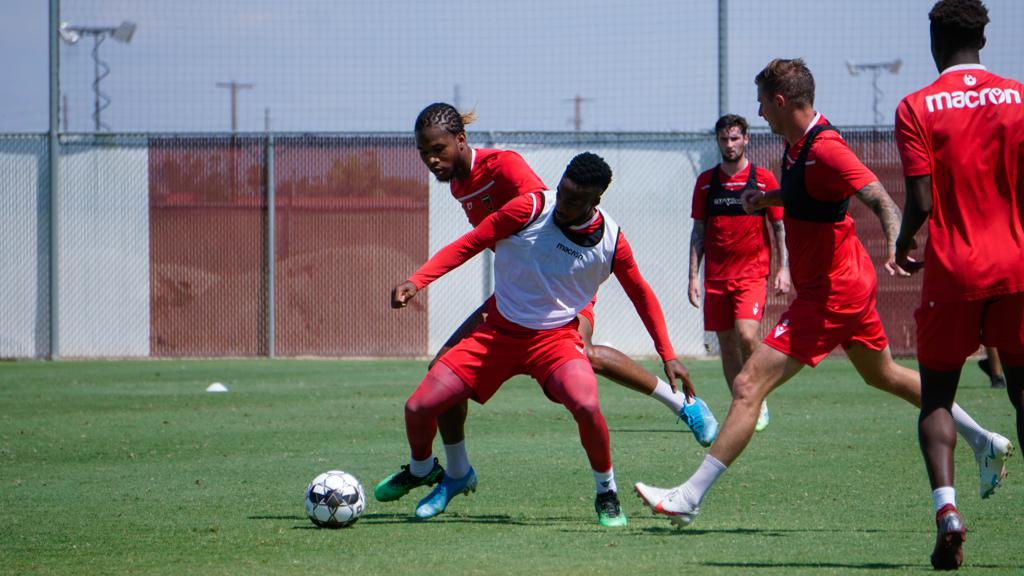 Having secured all nine points from its three-game home stand, Phoenix Rising heads back out on the road in search of its first win away from Casino Arizona Field this season.

First up is Los Dos, who Rising dispatched, 4-0, on July 11. Solomon Asante had a two-goal, one-assist performance that night to lead Phoenix to a shut-out victory but Los Dos has rebounded since. LA Galaxy II has had back-to-back shutout wins against San Diego Loyal and Sacramento. Los Dos has not allowed a goal since Santi Moar assisted on Asante’s second goal of the night in the 81st minute, giving LA a current shutout streak of 189 minutes.

After picking up a shutout of its own last match, Phoenix is in a similar position defensively. Rising has not allowed a goal in its last 131 minutes. In addition, Rising defenders A.J. Cochran (August 8) and Darnell King (August 15) have even gotten in on the goalscoring.

“Darnell got comfortable when we were attacking,” said Rising FC head coach Rick Schantz. “He was in a really good spot when the ball popped out. As he told me, he was a forward in high school, so it wasn’t his first goal. Everyone was happy to see him get on the score sheet. He is a great guy for the locker room.”

Rising went 11-3-3 on the road last season and is currently enjoying an eight-game winning streak against Los Dos dating back to 2-1 win on April 8, 2017. In its last four wins in LA, Rising has outscored Los Dos, 8-3, but if anything, this season has been unusual. In typical 2020 fashion, Wednesday’s match will kick off at 2 p.m.

“We asked for the afternoon game because of our travel situation,” said Schantz. “We can fly back right after the game and that’s huge because we play again on Saturday [at Las Vegas, 7 p.m.] as well. We’ll be in bed Wednesday night in Phoenix. It is really all about giving the players all the tools they need to be able to play three games in a week. Our guys are excited about playing at [Dignity Health Sports Park]. It’s a huge field and a good surface.”