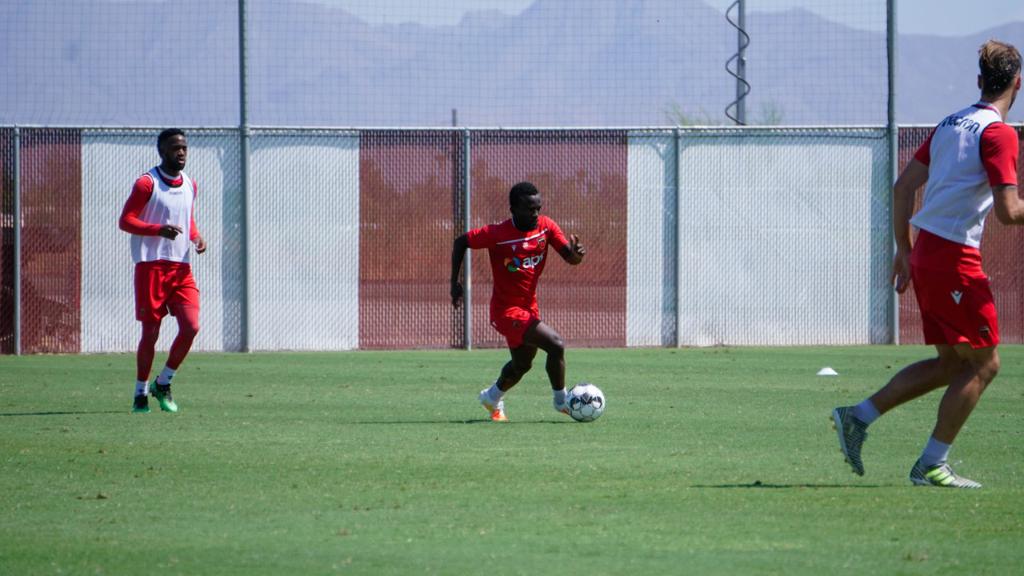 First-year club San Diego Loyal comes into Casino Arizona Field this Saturday, August 15, vying for the top spot in the Group B standings. With Phoenix (4-1-1, 13 PTS) leading the group and San Diego (3-1-2, 11PTS) just three points out of the top spot, the winner of this weekend’s contest will be in the driver’s seat heading into the last nine matches of the season.

“They’re extremely experienced,” said Phoenix Rising head coach Rick Schantz. “They play very narrow in midfield. All four central midfielders are like technicians. They are good at keeping possession. They pull you in very narrow and then hit you wide. San Diego has some powerful guys that can score from crosses and set pieces.”

Former Phoenix Rising forward Ben Spencer is one of those targets. The 6’5” forward netted five goals for Phoenix in 2019 but has only made one appearance for Loyal in 2020. Another target is 6’6” defender Joseph Greenspan.

“Their biggest attribute is the ability to defend and build up,” said Schantz. “If you get frustrated defending for long periods of time, you’d be concerned about these guys.”

Much like the possession-heavy El Paso team that Rising dispatched, 3-1, on August 1 - San Diego ranks sixth in the USL Championship with 2,899 passes.

“San Diego hasn’t scored a ton of goals, but they also haven’t given up very many,” said Schantz. “They’re a very good defensive team and it will be a great contrast in styles.”

“Sometimes the best managers are not the ones that have all the answers, but they surround themselves with people that do,” said Schantz. “I can see Landon being very good at that part of it. When a player goes to talk to Landon Donovan and he talks about an experience he had as a player, I think you’re going to listen. He seems to be doing a very good job right now. I have a lot of respect for him and what he did for our country playing soccer.

The real challenge is when you hit times of adversary, when things aren’t going really well. It doesn’t matter who you are, it’s what kind of person you are and how you treat these guys. That’s important. We’ll see what happens. Hopefully we start to make it difficult for him.”