Preview: Rising vs. El Paso on CW61 Arizona Saturday at 7:30 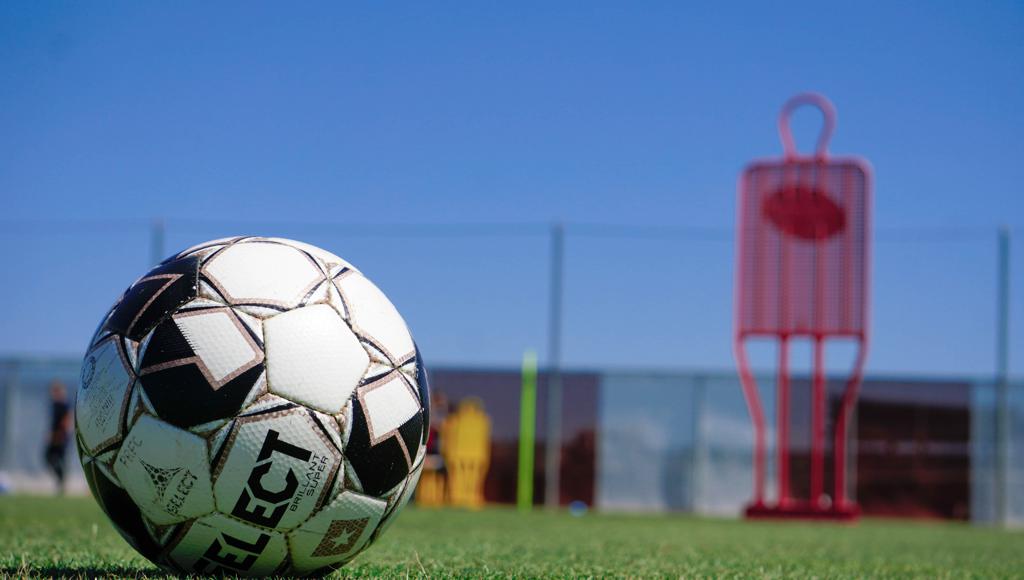 PREVIEW
Phoenix Rising dropped its first match of the season, 1-0, in Orange County last weekend. Head coach Rick Schantz summed it up during a call with media earlier this week:

"Lately [the team] has questioned what got us to be so successful and sometimes it takes a reality check to remember."

Rising returns to reality - Casino Arizona Field, where it has outscored opponents, 10-1, this season to face El Paso. Locomotive FC represents Phoenix's first opponent outside of Group B, the qualifying group Rising must navigate to qualify for playoffs. El Paso currently sits in second place of Group C with a record of 1-1-2, while Phoenix (2-1-1) occupies the third spot in Group B.

"The most important thing against El Paso is when you press, you need to stay connected," said Schantz. "You can't leave a lot of space and you cannot be late. They can play three-vs.-three as well as anybody. When we win the ball, we need to play forward right away."

El Paso comes into the match having lost a 2-1 decision to New Mexico on July 24. The loss was the first of the year for El Paso, who drew vs. New Mexico the week prior, 2-2.

"Hopefully at home, we'll have more confidence in our penetrating passes," said Schantz. "El Paso really loves to play out of the back. Coach [Mark] Lowery is insistent on playing possession football. They're very good, very comfortable."

This will be the third meeting all-time between the clubs. Phoenix has won the two previous matches. El Paso gave Rising its first win of 2019, a 2-0 decision in Texas on April 13 that saw Junior Flemmings and Ben Spencer score for the visitors.

Jose Aguinaga scored his first goal for Rising in a 2-1 win against El Paso on August 10. The Spaniard knocked a low shot to the back post in the 22nd minute to give Rising a 1-0 lead but El Paso's Edson Partida made it 1-1 with a vicious strike just four minutes later. Soloman Asante netted the game-winner for Phoenix via penalty kick in the 73rd minute.

FOX
Rick Schantz mentioned El Paso defender Andrew Fox's ability to "hammer" a shot on goal in his weekly chat with media. Fox has two shots on goal this season, one of which found the back of the net vs. New Mexico on July 15. The defender also co-leads the team in passing, having completed 228 passes along with Chiró N'Toko.

FIRST OVERALL
Omar Salgado also scored in El Paso's 2-2 draw with New Mexico on July 15. Salgado was the first overall selection in the 2011 MLS SuperDraft by Vancouver. He scored one goal in 26 MLS appearances between 2011 and 2014. The El Paso native scored three goals in 34 appearances for Locomotive in 2018 before improving on those numbers by scoring three times in 14 matches for Las Vegas in 2019.

POSSESSION
The possession-based team has completed passes at a rate of 81.9% this season while controlling the ball 57% of the time.

AGUINAGA
Jose Aguinaga scored his first goal in a Rising uniform vs. El Paso last season. The Spaniard tallied three times in 2019 and should be an important piece of the puzzle vs. Locomotive FC this week as Santi Moar will not be available after starting last match. Aguinaga is "fresh and ready to go" according to Schantz.

BLACK JERSEYS
Phoenix is wearing its black, "supporters' kits" for the first time in 2020, Saturday vs. El Paso. The jerseys were inspired by the fans who waved glow sticks in 2019 during dollar beer nights.

HEAD-TO-HEAD
El Paso is a more possession-based team than Phoenix, having completed 1,713 passes to Rising's 1,419 through four games.

RED CARD
Santi Moar picked up his second caution of the match in the 43rd minute last match and will not be available for selection this week due to the one-game suspension. Moar will be available vs. his former team, New Mexico United, next week at Casino Arizona Field.

DISTRIBUTION AND SERVICE
Corey Whelan ranks eighth in The Championship with 247 completed passes.