Preview: Rising vs. Orange County on ESPN2 Thursday at 6PM 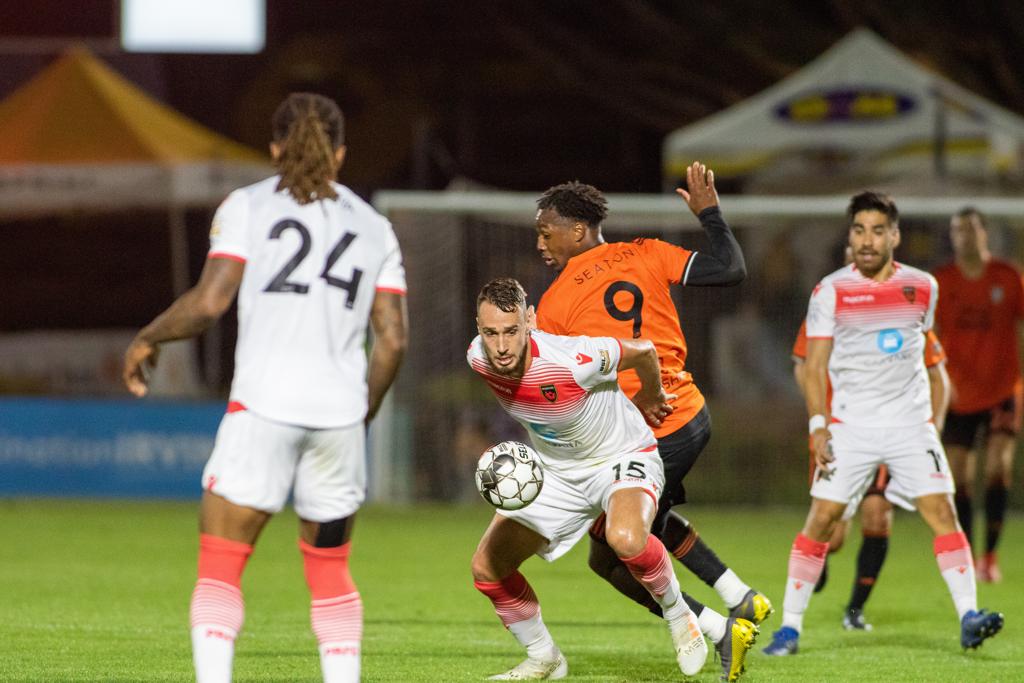 Phoenix Rising, led by 2019 USL Championship MVP Soloman Asante’s two-goal-one-assist performance, defeated LA Galaxy II, 4-0, at Casino Arizona Field on Saturday, July 11. The match was the first for Rising following a 126-day shutdown due to COVID-19. The club is now, 2-0-0 on the season and has outscored its first two opponents, 10-1.

Rising remains in second place of Group B behind San Diego Loyal, who traveled north to Salt Lake City last weekend to defeat Real Monarchs SLC, 1-0. Loyal SC is 2-0-1 with seven points, one point ahead of Phoenix (2-0-0, 6PTS).

This will be Orange County's first match back since the COVID-19 suspension. Orange County (0-0-1, 1PT) sits in fifth place of Group B after drawing 0-0, vs. El Paso on March 6.

The match will be the 20th regular-season match between the clubs. Rising holds a two-game lead in the series with a record of 8-6-5.

The last meeting between these clubs produced a 3-0 win at Casino Arizona Field on June 15 for Rising, who finished the match with a 57.4 percent advantage in possession. Joey Calistri netted his first goal in a Rising uniform that game. He scored in the 17th minute on a goal set up by Asante and Adam Jahn. Asante accounted for the third goal of the match, just after halftime and Rising finished the match with an 11-7 edge in shots.

The clubs' last meeting in California finished 2-1 in favor of Orange County on May 4, 2019. Harry Forrester drew a penalty for Orange County in that match. Aodhan Quinn slotted home the spot kick that gave OCSC the lead in the 28th minute and Michael Seaton made it 2-0 in the 57th minute after scoring within 30 seconds of subbing into the game. Jahn scored for Phoenix in the 70th minute, with a header off a free kick on the edge of the box, to make it a 2-1 final.

FRESH
Orange County opened the 2019 season with six new players in its starting lineup. The match vs. El Paso ended, 0-0, in front of a crowd of 3,188 at Championship Soccer Park.

STALEMATES
It was the third year in a row that Orange County opened its season with a tie and one point.

FAMILIAR
Thomas Enevoldsen rejoined OCSC for the 2020 season. He scored 20 goals for the team in 2018. The Danish International has 11 International Caps and one goal. Enevoldsen spent time between Sacromento and Indy Eleven last season, scoring 15 goals in 35 matches. It is rumored that he will not be available for the match on Thursday.

ABSENT
Orange County played its first match of the season without usual starters Darwin Jones, who sat out with an injury, and Harry Forrester, who served a one-game suspension after drawing a red card in OCSC’s quarterfinal playoff loss last October to Real Monarchs SLC.

HATTY
Soloman Asante scored a hat-trick in a match vs. Orange County on August 11, 2018. Three goals in one game remains a club record for Phoenix. Rufat Dadashov repeated the feat earlier this season while Chris Cortez was the first to do it on March 24, 2018 vs. OKC Energy FC.

CREATORS
Jon Bakero leads the league in chances created with seven in two matches. Soloman Asante sits in second with six. Junior Flemmings is tied for fourth with five. No other team in The Championship has three players in the top 10.

THERE IN SPIRIT
Rising hosted a Drive-Through & Drop-Off event at Casino Arizona Field on Thursday to collect fan-created posters. The posters were collected and placed in the stadium to represent the fans that were unable to attend the match due to precautions surrounding COVID-19.

YOUNGEST IN RISING HISTORY
Phoenix Rising FC signed forward Ansu Kanneh as the sixth academy player in club history on Tuesday, July 14. The Glendale resident is eligible to play for the club this season. Kanneh will register as a United Soccer League Academy Player, maintaining his amateur status. He becomes only the second 14-year-old to be signed to a club’s roster in USL Championship history. Orange County SC’s Francis Jacobs signed at 14 years, four months and 29 days old just last year. Kanneh is currently 14 years, eight months and 13 days old. Freddy Adu was 14 years, six months and 18 days old when he signed with MLS’s D.C. United in November 2003.