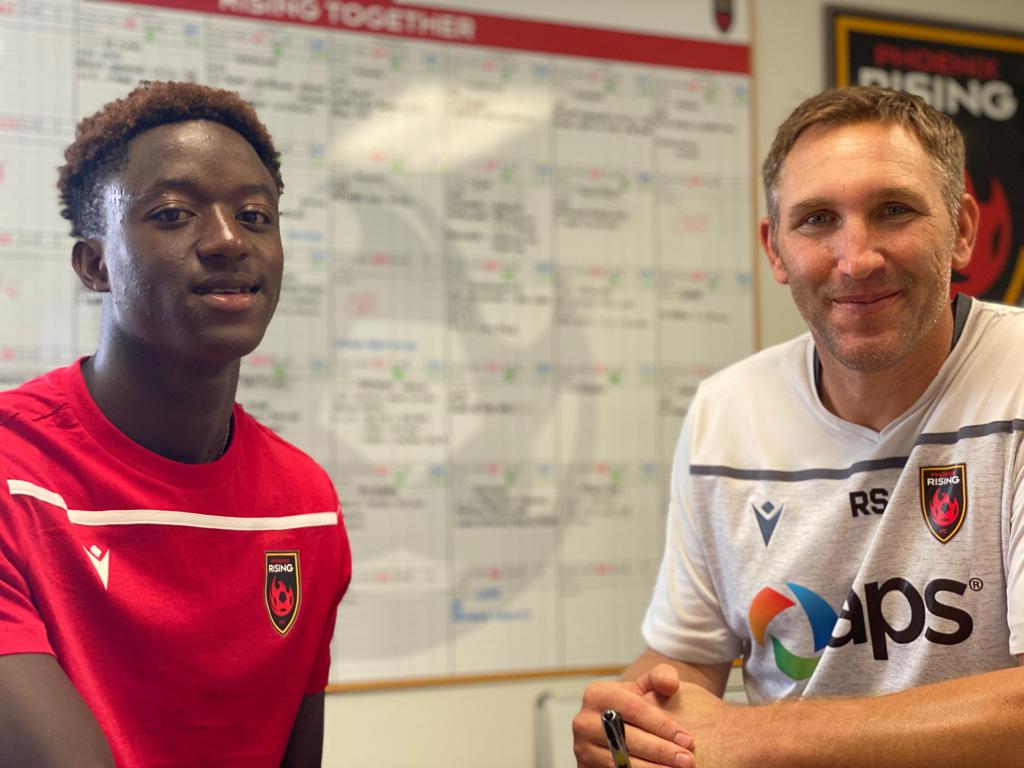 PHOENIX, Ariz. (Tuesday, July 14) – Phoenix Rising FC has signed forward Ansu Kanneh as the sixth academy player in club history, the club announced today. The Glendale resident is eligible to play for the club this season.

“The first thing we noticed about Ansu was his athleticism,” said Rising FC head coach Rick Schantz. “He’s very quick, very agile. When we brought him into training, he was very humble, very respectful. His family fought hard to come to America and gain citizenship. The way he behaves and fits right in… for a kid his age, it is very impressive.”

“We’ve done some exercises where players in small-sided games score a few goals, but his first day he scored five,” added Schantz. “To have a player at this age playing with Junior Flemmings and Soloman Asante – that’s the next step in our evolution as an organization, to use the experience of our top guys to help educate our youth payers.”

“It’s exciting to be able to develop and learn from good players,” said Kanneh. “I’m really happy. All the professional players here are humble, and they work hard. I’m learning a lot from them. I’m working hard to get to the level they are at right now. My goal now is to make the top 18 for a match this season.”