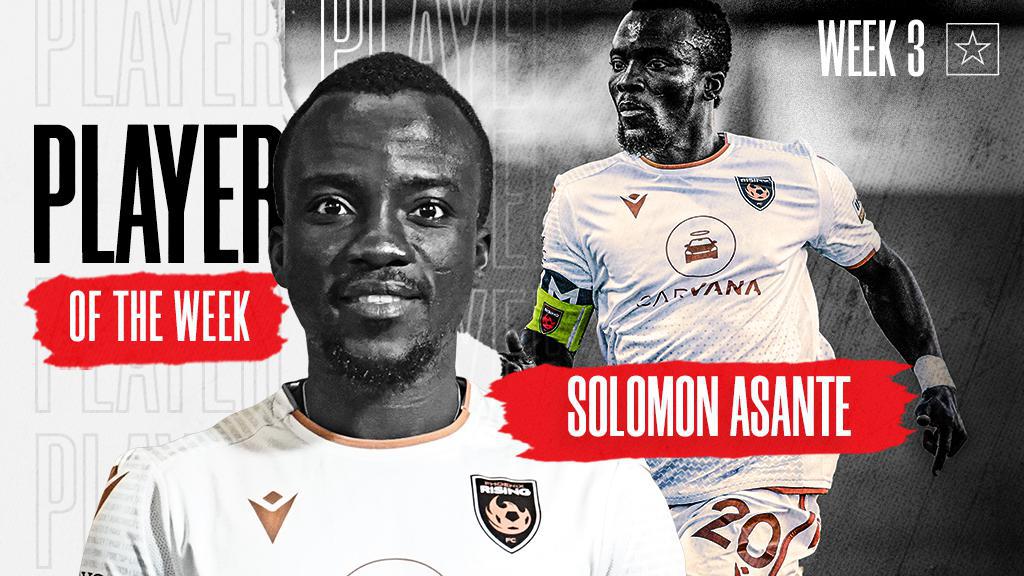 PHOENIX, AZ (July 14, 2020) - The USL Championship announced on Tuesday that Phoenix Rising FC forward Solomon Asante had been voted the Championship’s Player of the Week for Week 3 of the 2020 season.

The reigning Championship Most Valuable Player picked up where he left off from his Week 1 performance, notching two goals and one assist to lead Rising FC to a 4-0 victory against the LA Galaxy II on Saturday night at Casino Arizona Field. Asante now has three goals and three assists in Phoenix’s opening two games of the season.

Asante earned 74 percent of the ballot for his performance. Indy Eleven’s Tyler Pasher finished second on 29 percent after notching his third goal of the season in the Eleven’s 2-0 victory against Saint Louis FC on Saturday.

Rising defender Owusu-Ansah Kontoh also made the Team of the Week. Kontoh was good at both ends of the field, registering three interceptions and five clearances while also notching a pair of key passes in the attacking end.

Phoenix is back in action this Thursday, July 16, vs. Orange County SC. That match will be broadcast live on ESPN2 beginning at 6 p.m.