All About: LA Galaxy II 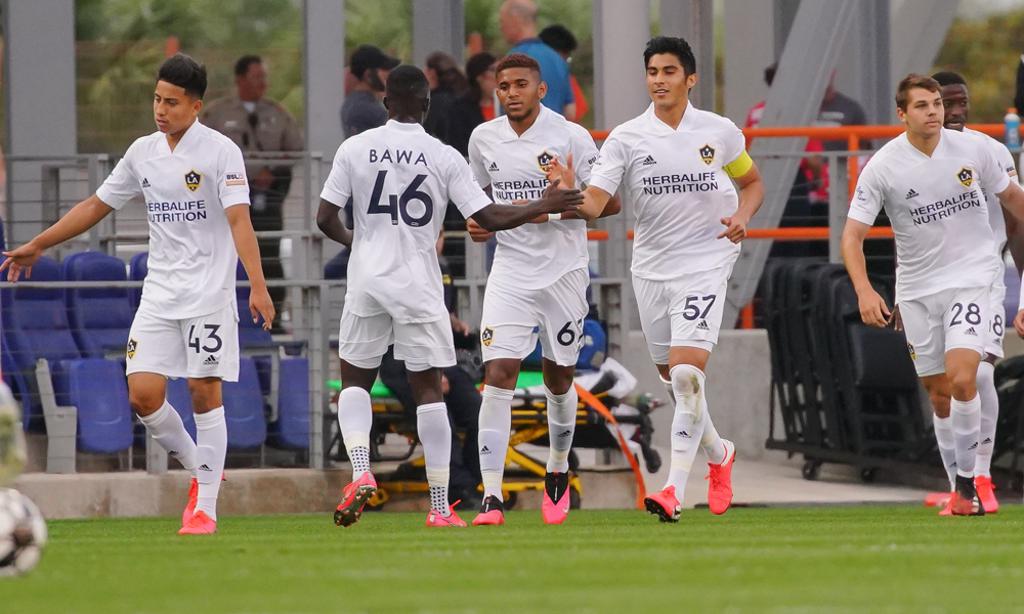 LA Galaxy celebrate after one of its goals in a 5-1 win over RGV Toros FC earlier this season. (Courtesy of RGV Toros)

2019 series: In its first match against Los Dos, at Dignity Health Sports Park, Rising had one of its close calls during the club’s 20-match winning streak. LA’s Ethan Zubak opened the match’s scoring in the 39th minute, then Efrain Alvarez doubled the team’s lead with a penalty kick in the 52nd.

But Rising’s two-goal deficit didn’t last long. In the 58th minute, captain Solomon Asante stole an errant pass deep in LA territory and maneuvered his way around the goalkeeper to score and cut the deficit. Then Junior Flemmings equalized in the 74th minute.

Super-sub Joey Calistri put the match away just over ten minutes after coming into the match with his game-winning tally in the 83rd minute.

In the match at Phoenix, Rising wasted little time taking and building a lead. Solomon Asante (10th-minute penalty kick) and Junior Flemmings (goals in the 15th and 45th minted) gave Rising a 3-0 lead at the half. Los Dos pulled one goal back in the 76th minute, but one minute later, Ben Spencer added the fourth goal of the evening.

The win was Rising’s last in its 20-match winning streak, and the club also clinched first place in the Western Conference with the win.

2020 outlook: Los Dos’ roster is incredibly young heading into the season. The club’s oldest signed player is 24, and the club has more players under 20 (7) than over (6). And despite starting five players under 20 in its first match of the season, LA throttled RGV Toros FC, 5-1, at RGV, which is a notoriously difficult place to play.

Kai Koreniuk led the goal-scoring with a brace of his own, and his fellow returning starter Augustine Williams added a tally. Newcomers scored the other two goals: 16-year old Mauricio Cuevas and 17-year old Cameron Dunbar, making their Los Dos debuts.