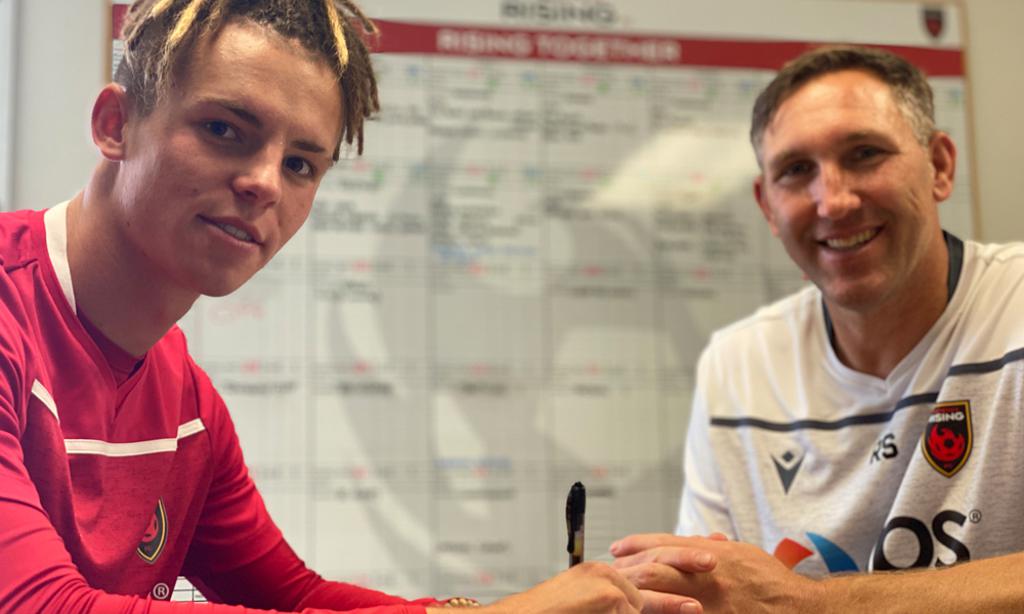 PHOENIX (Saturday, June 20) – Phoenix Rising FC signed forward Alex Krzykos as the fifth academy player in club history, the club announced today. The Phoenix-native is eligible to play for the club this season.

“I was really impressed with Alex’s attitude and his work rate,” said Phoenix Rising FC head coach Rick Schantz. “Our group has taken to him. They call him “the young boy.” He has been very positive. He is always smiling. We decided it would be best for the club to have him with us for the rest of the season as an academy player. Not only will he help us in training but if he does well, he’ll also have the opportunity to see time in matches.”

“It all happened really fast,” said Krzykos. “I was just watching these guys play in the stadium a year ago and now I’m playing with them. I’m still getting over the nerves but it’s exciting. It’s incredible. The intensity is a lot higher than what I’m used to, but I think it is a great place to develop.”

“It’s great to see,” added Schantz. “Until Arizona United and Phoenix Rising and even FC Tucson, there was never really any high level youth soccer for players in Arizona. Now, we are finding there are a lot of very good players in the state. They don’t have to leave to go to Salt Lake City or California anymore. They now have an opportunity to be part of Phoenix Rising and to be a professional. We now have a full youth-to-pro pathway.”