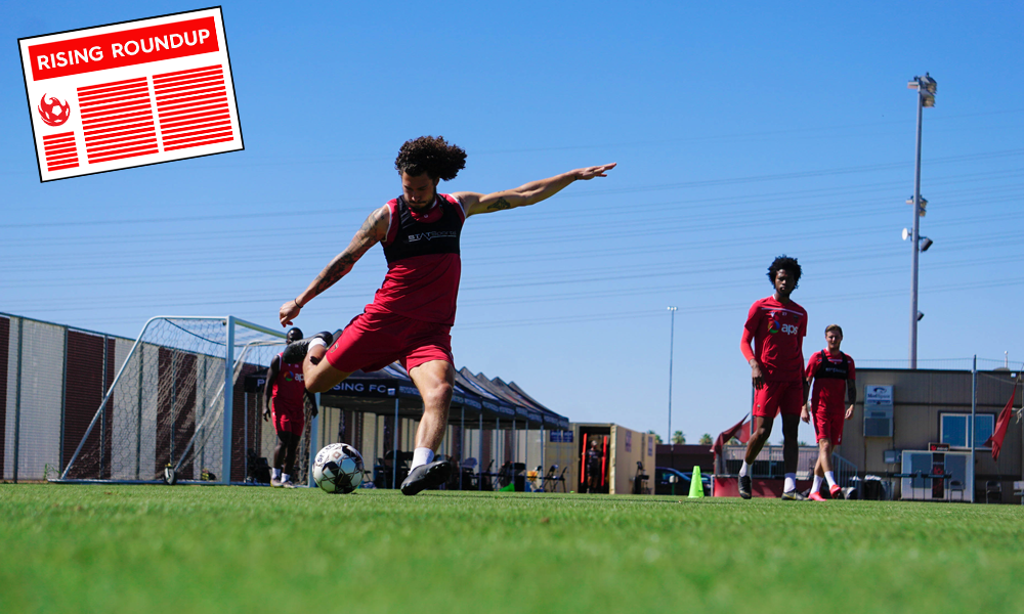 We are officially less than a month away from Phoenix Rising returning to play!

Well, at least we hope we are.

Last week, USL Championship announced its return-to-play protocol, which set a provisional return date for July 11.  There is now a light at the end of the USL-less tunnel.

A lot can change in a month. While the return-to-play protocol included the provisional return date, the league has not announced a schedule or competition format, and until the league hammers out those details, that July 11 date remains "provisional."

Still, having that date, however provisional, has already positively affected some players on the club.

Said Zac Lubin in a recent article in the Arizona Republic: "Now we have a date ... it's taken a lot of weight off of our shoulders."

— This week, the league initiated phase II of the return-to-play protocol. Players can now train in groups of up to ten as long as each group of ten is at least six feet apart. Teams are still not allowed to have full contact training sessions.

Rising took advantage of the larger groups for training but also had a little bit of fun in the middle of the week.
— While we now have a date to look forward to, it hasn't stopped us from looking back at some incredible club moments of the past: Jon Bakero and Junior Flemmings embarrassing a poor defender...James Musa and Adam Jahn connecting on the epitome of route 1 soccer for a thrilling goal...Didier Drogba's debut appearance and goal for Phoenix Rising...Rick Schantz's debut as the new coach.
— Junior Flemmings was the subject of this week's Trivia Tuesday with the fans on Twitter.

— Briar Napier of the Arizona Republic checked in with head coach Rick Schantz and goalkeeper Zac Lubin to get their thoughts on the USL Championship's return-to-play protocol announcement.
— AZ Family also checked in with coach to talk about how training is going

Still looking for a Father's Day gift? Head to our online shop now to get 25-50% off our Father's Day collection now!