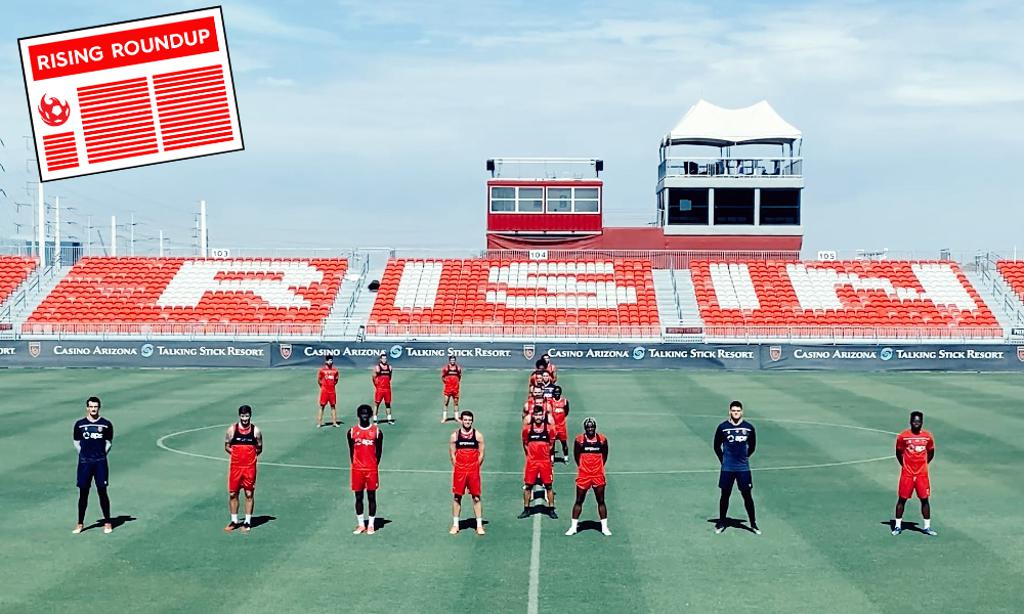 This week, the club's original rallying cry, "Rising As One," took on a different meaning in the wake of the killing of George Floyd and the subsequent protests across the country.

In a statement, the club said the following:

We rise to stand with the Black community.

The players echoed that message in their video to remind everyone of the importance of rising as one to combat systemic racism.

For more information and resources on how you can help combat systemic racism, click here.

— On Thursday, USL Championship approved a return to play protocol with a provisional start date set for July 11. Details about the competition format, schedule, and broadcasts, among other things, will be released at a later time.

According to the league, the return to play protocol " will be conducted in strict alignment with all local and state public health guidelines."

— All the excitement about a return to play got us thinking about this great video shot and edited by our own Santi Moar.

— Regarding Jon Bakero, it's clear the apple didn't fall far from the tree.

— Goalkeeper Eric Dick has taken advantage of the extra free time he's had to go hiking around the state. This week he, along with Santi Moar, hiked to the highest point in Arizona!