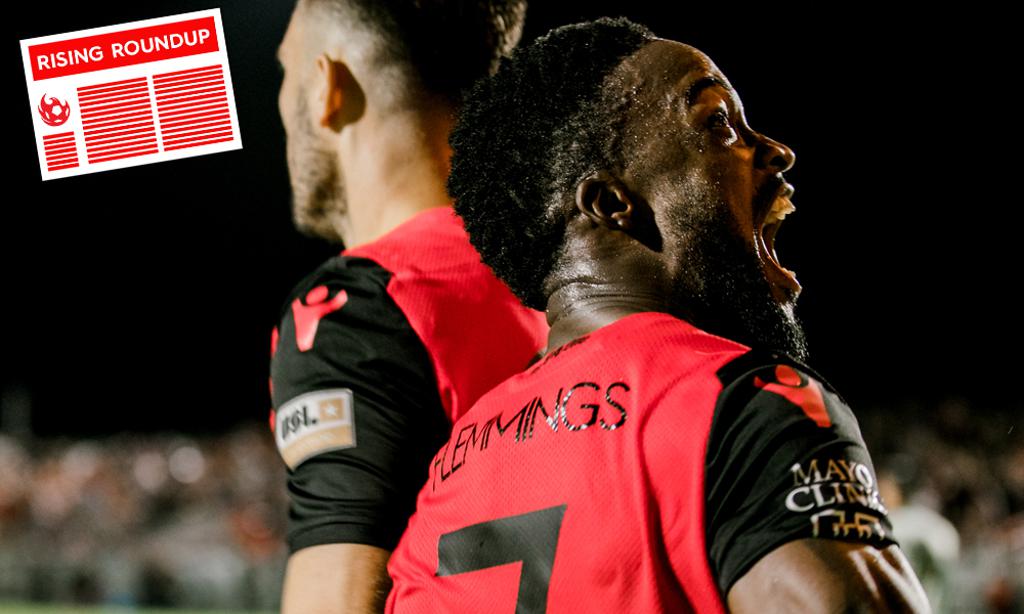 The memories are bittersweet as we have no choice but to patiently wait for soccer to return to Casino Arizona FIeld.

But the best part of reliving each of those 20 wins was to be reminded of how amazing our supporters really are. They make Casino Arizona Field one of the most electric places to play in USL. What many may not realize is that they also make it electric to play on the road.

The team won nine matches away from Casino Arizona Field during its 20-match winning streak, and there is no doubt the traveling support helped fuel some of those wins in a major way.

This season, the team debuted "Copper State Pride" kits featuring Arizona cities superimposed on the shoulders of the kit. The team wanted the league to know that no matter how far the club traveled, it was always bringing Arizona with them.

But the league already knew this. Because everywhere the club goes, its supporters will always follow.

— Speaking of our supporters, we look forward to running toward the South End again.

— Darnell King gave us some of his favorite songs for Music Monday.

— This week the club relived the most thrilling three minutes of the season. From down one goal, to leading by two in Tacoma.

— Remember when Solomon Asante was featured on Sportscenter's Top 10 following his first-ever goal at Casino Arizona Field? So do we.

— Eric Dick has learned a new dance and yes, it's another dance routine from the BYU Cougar.

— Thankfully, Eric Dick and his fellow goalkeeper Zac Lubin looks much sharper on the pitch as they stay sharp for the 2020 season.

— Zac Lubin was a featured guest on 90 Mas Rising this week.

— USL took its own look back at the club's 20-match winning streak through the lens of team photographer Grace Stufkosky.