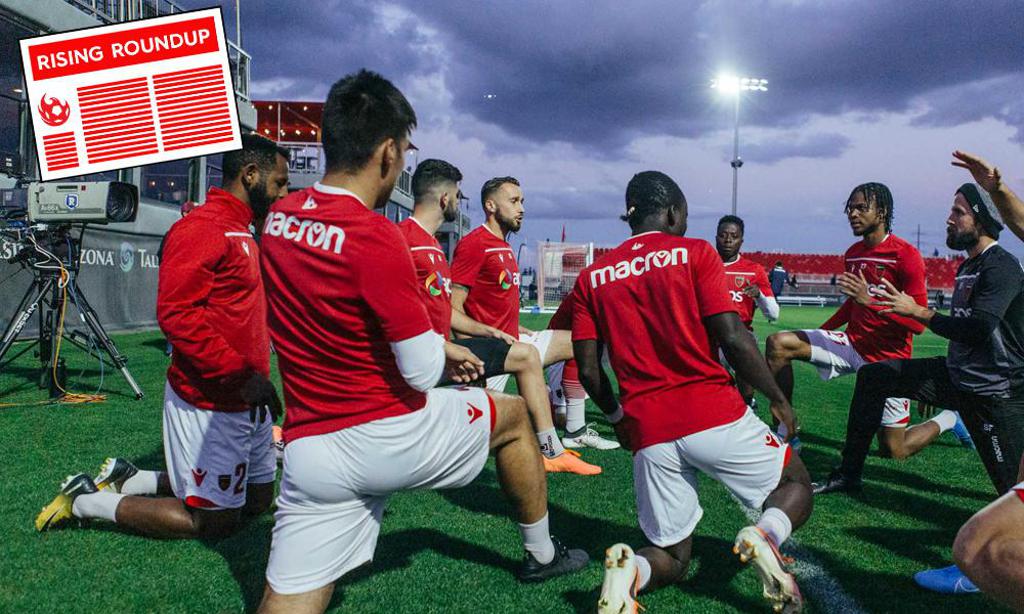 Welcome back to another edition of the Rising Roundup, where we collect all that's happening in the world of Rising and put it in one easy to find spot!

This past Friday, May 1, should have been our first Bud Light $1 Beer Night of 2020. As if missing matches weren't tough enough, the reminder that we're missing out on a $1 beer night was especially difficult.

But that's ok! You can just watch this video over and over again until we get back on the pitch!

— Head coach Rick Schantz is back for another edition of Rising Insights. This week, he breaks down film from the club's 2-1 preseason win over New York Red Bulls.

— Midfielder Jordan Schweitzer made a special video for the participants at GiGi's Playhouse Phoenix. He showed off some tricks they could try while staying at home!

— On social, the club had a little fun on Sunday Funday, imagining what its kits would look like mashed up with the other professional teams in the Valley. If you haven't seen them yet, check them out!

— SOCCER IS BACK....sort of. This week, USL Championship announced the USL eCup: FIFA tournament and Phoenix Rising will be among the 32 Championship and League One clubs participating.

Players Corey Whelan and Kevon Lambert will be anchoring the club along with fans Alex Dorsey and Luke Schwartz.

All matches will be streamed LIVE on the club's Twitch account. Go ahead and bookmark the page now.

— Have you been playing Animal Crossing to pass the time during the quarantine? Twitter user @Kikkles created a QR code for a Rising flag that you can use in the game! If you use it, screengrab it and tag us on Twitter!

— The Arizona Republic took some time out to speak with General Manager Bobby Dulle, Head Coach Rick Schantz, and Director of Soccer Development Steve Cooke about the club's developmental system.

The story recounts how the developmental landscape for youth soccer in Arizona has improved and how Phoenix Rising is trying to be at the forefront of that improvement now and in the future.

Said Schantz in the article: "All these things that we find to be very successful with the first team, we’re trying to implement at the youth levels, as well. We’re really trying to create a streamlined system."

—It was another busy week on podcasts for the club. Assistant coach Peter Ramage joined the crew at "Across the Pitch," while forward Junior Flemmings stopped by to speak with the folks at "90 Mas Rising." General Manager Bobby Dulle stopped by to talk roster-building on "The Joe and O Show:

That's it for this week! If you spot interesting Phoenix Rising news or cool Phoenix Rising content and you want to see it in the roundup, email jose@phxrisingfc.com!