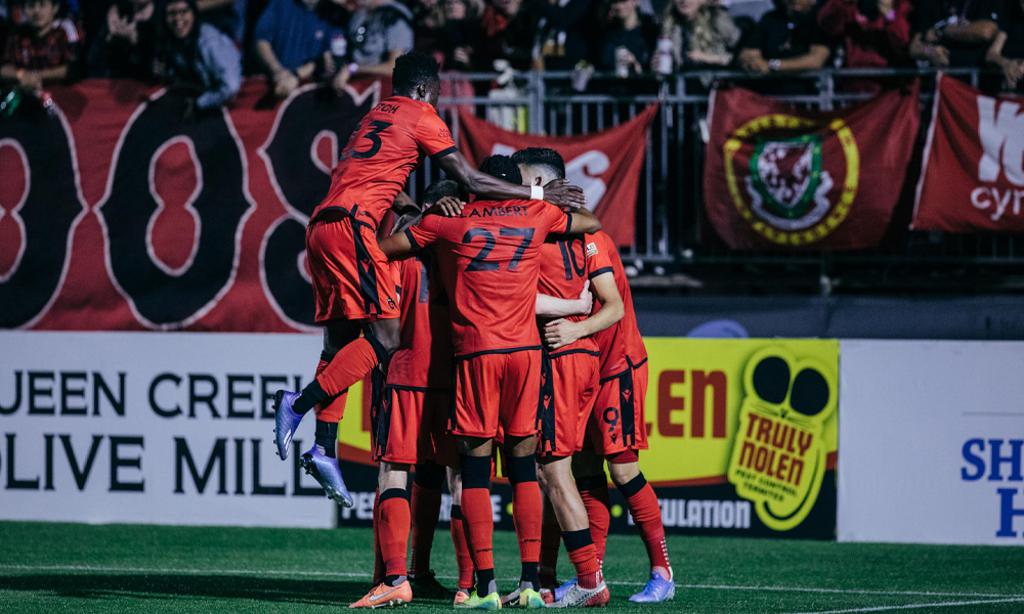 PHOENIX (March 7, 2020) — Phoenix Rising began the season with a thorough 6-1 throttling of Portland Timbers 2 in front of a sold out crowd of 6,585 at Casino Arizona Field. Newcomer Rufat Dadashov scored a hat trick while the defending USL MVP, Solomon Asante, notched two assists and a goal.

Dadashov wasted little time to make a big impression in his first official match with the club. In the 13th minute, midfielder Jon Bakero’s curling free kick was punched into the crossbar by the goalkeeper and then fell to the feet of Dadashov. His easy tap-in made it 1-0.

Just over ten minutes later, Dadashov hit the back of the net again with help from Asante. The team’s all-time leading scorer whipped a curling pass from the right flank to avoid the defender and found Dadashov’s boot in stride for the finish to make it 2-0.

Junior Flemmings gave the club a 3-0 lead with a goal in the 31st minute and Portland’s Tomás Conechny pulled Timbers 2 back within two with his stoppage time goal, making it 3-1 at the half.

Fans got to celebrate the hat trick in the 65th minute. Asante again raced down the right flank. This time his cross into the box was more direct, but the result was the same. The ball went straight to Dadashov’s boot and then into the back of the net. His third goal of the match made it 4-1 Phoenix Rising.

Second-half sub Lagos Kunga was in the right place at the right time in the 90th minute. Midfielder José Aguinaga sent a centering pass into the box that deflected off a defender and then off Kunga to make it 5-1.

After several chances for his first goal of 2020, Asante finally broke through on the score sheet in stoppage time to cap off the club’s first win of 2020.

Phoenix Rising hits the road for its second regular season match of the season on Saturday, March 14, against defending USL Champions Real Monarchs. The match is scheduled to kickoff at 2 p.m. local time and can be seen on CW61Arizona or streamed via the ABC15 app or website (Arizona residents only).