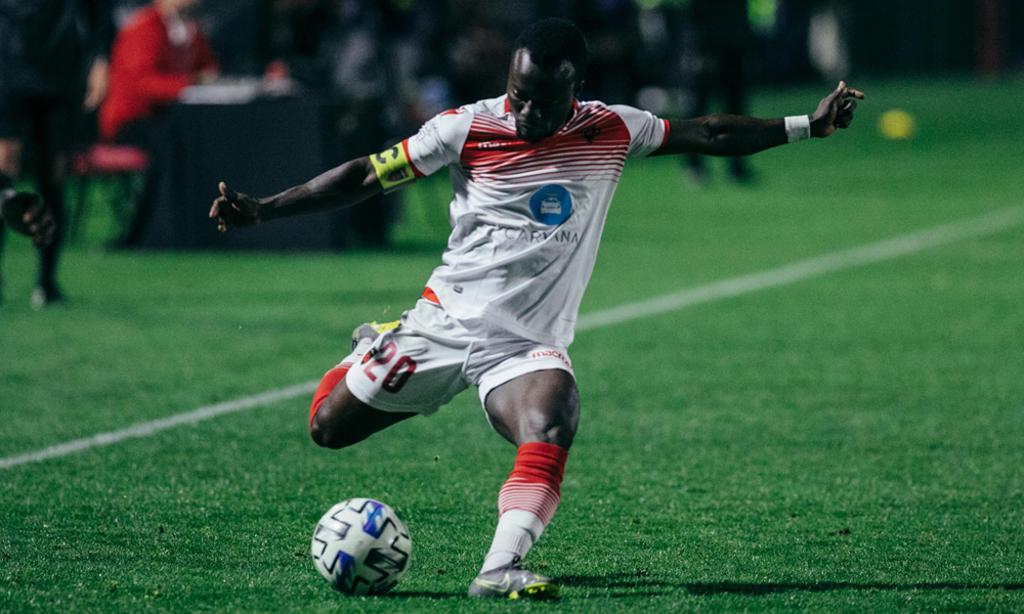 PHOENIX (February 22nd, 2020) — Phoenix Rising FC concluded the 2020 Visit Tucson Sun Cup with a thorough 3-2 win over Major League Soccer side Real Salt Lake. It’s the club’s third win over an MLS side in four preseason matches. The club previously had never beaten more than one MLS team in a given season.

Real Salt Lake’s Damir Kreilach opened the match’s scoring in the 11th minute to give his club an early 1-0 lead. But the lead lasted for less than ten minutes before Rising FC equalized.

In the 19th minute, midfielder Jon Bakero blasted a long-range free kick toward the upper left corner of the net. His shot smacked the left goal post but bounced back toward the middle of the box and to the foot of Joe Farrell. The defender easily put the ball into the back of the net to make it 1-1.

Captain Solomon Asante put the team ahead in the 39th minute. Defender Owusu-Ansah Kontoh sent in a long throw in into the box and found the head of A.J. Cochran. The defender headed the throw in back toward the right side of the six-yard box where Asante was there to slam the ball into the net off the headed volley to make it 2-1 going into the half.

The final Rising goal of the match came off the left foot of Bakero. In the 57th minute, a Real Salt Lake defender tried to clear a cross into the box from Asante. The ball came out of the box and fell to Bakero, who touched the ball to his left and unleashed a line-drive shot into the top left corner of the net to make it 3-1.

Real Salt Lake finished the evening’s scoring in the 89th minute off the boot of Justin Meram.

Phoenix Rising finishes the Visit Tucson Sun Cup in second place, its highest position in the tournament since the club began participating.

Rising FC returns to Casino Arizona Field on March 7th for its home and regular-season opener against Portland Timbers 2. The match kicks off at 7:30 p.m. and fans can purchase tickets by going to PHXRisingFC.com