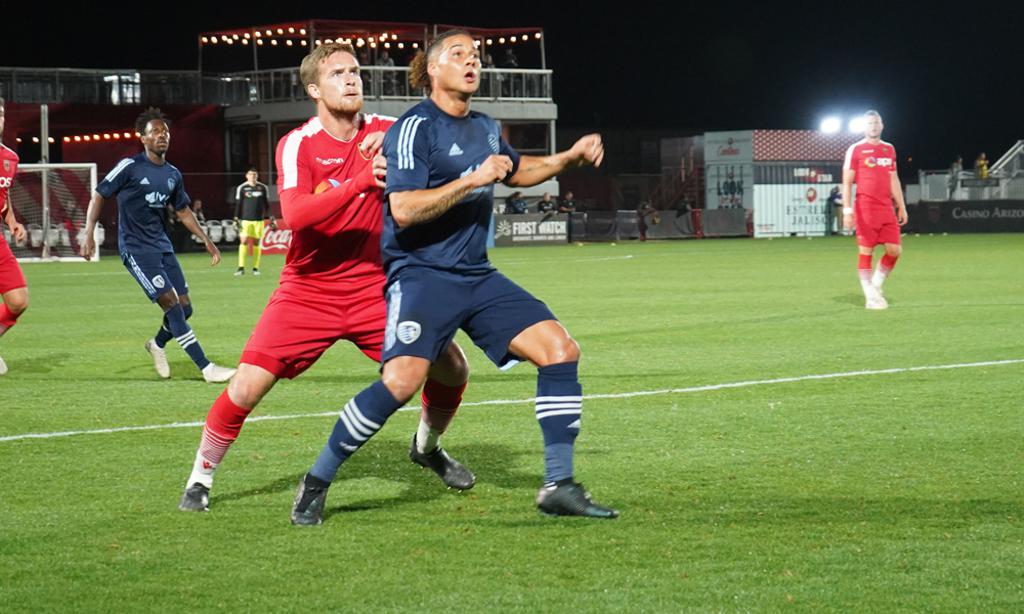 Rising FC comes into the match following a 2-1 win over MLS side Sporting KC on Wednesday night, After falling behind 1-0 just before the hour mark, forwards Santi Moar and Joey Calistri each scored a goal to secure the club’s second win over an MLS squad in preseason play. Moar’s goal was his first as a member of Phoenix Rising.

The club also has a shot at winning the 2020 Visit Tucson Sun Cup, but will need a little help. First, Rising FC needs to beat Real Salt Lake tomorrow night and then needs the Houston Dynamo vs. Columbus Crew match to end in a draw.

Gates for tomorrow’s match open at 6 p.m. and tickets can be purchased by clicking here.

A Little Bit About Phoenix Rising
•    3-2-0 in preseason play
•    Rising’s three preseason wins is the most wins in preseason for the club since 2015 when it also won three matches.
•    In its third season of player two or more MLS clubs in preseason, this is the first time PHX has won two matches against MLS clubs.
•    Junior Flemmings leads the team with three preseason goals
•    3-7-1 in 11 all-time matches in the Sun Cup