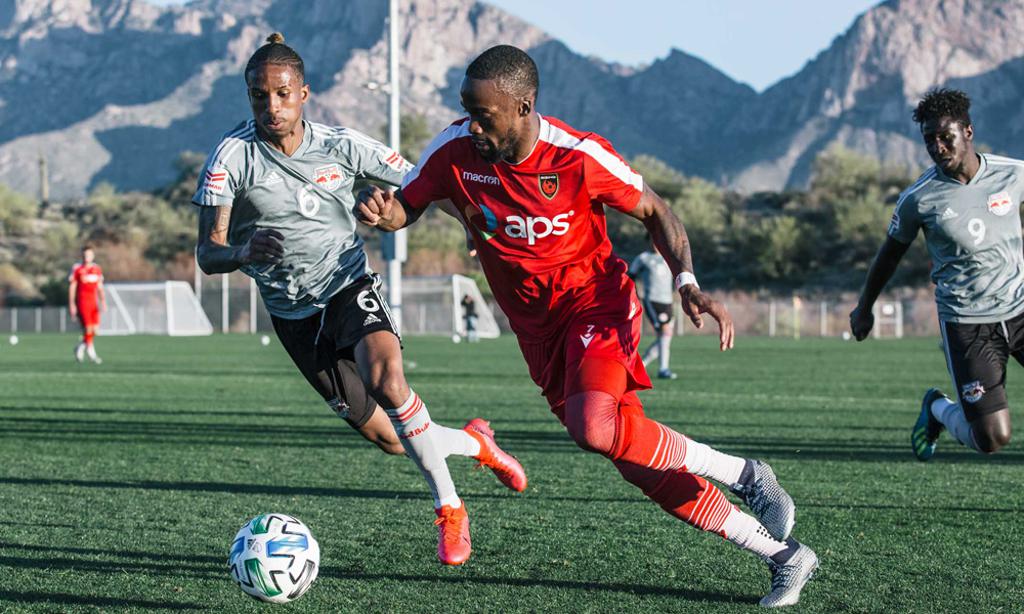 Rising FC matched up well with MLS side Columbus Crew SC in its first Sun Cup match last Saturday, holding the club scoreless for over an hour before Gyasi Zardes scored the match’s lone goal to give Columbus the win.

Forwards Junior Flemmings and Rufat Dadashov had the evening’s best chances to score but were unable to find the back of the net. Despite giving up a goal in the second half, goalkeeper Eric Dick had the night’s two best highlights for Phoenix Rising. He made two diving stops to prevent long-range goals for Columbus.

Sporting KC comes into the match off a 0-0 draw with Real Salt Lake in its first Sun Cup match in Tucson, Ariz. Sporting winger Johnny Russel made the biggest impact of the scoreless match, creating a scoring opportunity in the 49th minute thanks to an impressive run through the defense. Then he had a curling shot that was all but assured a goal until the RSL goalkeeper made a diving stop at the last moment.

Gates for tomorrow’s match open at 6 p.m. and tickets can be purchased by clicking here.

A Little Bit About Sporting KC
•    SKC is 2-1-1 in preseason play
•    Three players lead the team with two goals each in the preseason (Daniel Salloi, Gianluca Busio, and Wilson Harris)
•    Drew 0-0 with Real Salt Lake in its first match of the Visit Tucson Sun Cup
•    4-4-7 in 15 all-time matches in the Sun Cup