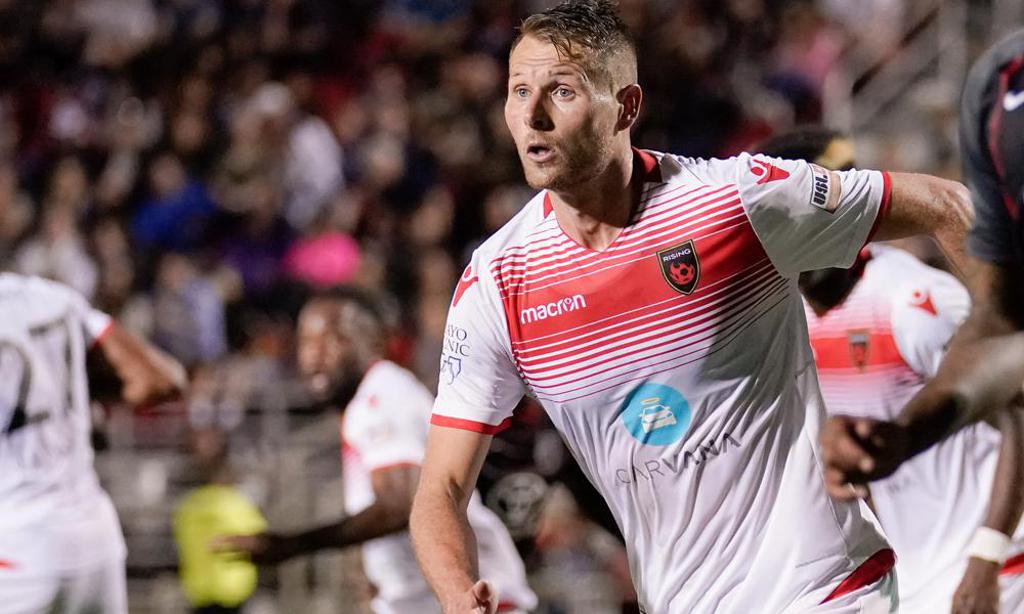 PHOENIX (January 14, 2020) — Phoenix Rising Football Club announced today that it had transferred forward Adam Jahn to Major League Soccer side Atlanta United for the 2020 season in exchange for an undisclosed fee.

“We want to thank Adam for an incredible year with Phoenix Rising,” said Phoenix Rising FC General Manager Bobby Dulle. “Adam is not only a fantastic player who gave everything he had every day to help lead the team to a record-breaking season during 2019, he is also a great person who represented our club with exceptional class in the community.”

Jahn appeared in 31 matches (2,682 minutes) in his lone season with Phoenix Rising FC, scoring 17 goals and tallying five assists while helping the club win the USL Championship regular season title in record-breaking fashion. The club set league records for wins (24) and points (78) in a season.

“A core component of our mission at Phoenix Rising FC is to develop and profile professional players to help them expand their careers domestically and internationally,” said Phoenix Rising FC Governor Berke Bakay.  “As much as we would love for Adam Jahn to continue playing for Phoenix Rising, we immediately gave him the opportunity to speak with Atlanta United when they called us, because he earned this growth opportunity.  Atlanta was great to work with, and we are proud to see Adam return to Major League Soccer and compete for one of the elite clubs in North America.  Adam will represent Phoenix Rising very well in Atlanta, and we wish him all the best.”

In an additional move, Atlanta United forward Lagos Kunga has been loaned to Phoenix Rising FC for the season with no right to a recall. The 20-year old was a homegrown signing for Atlanta United on January 1, 2018. He spent the last two seasons on loan to USL Championship sides Atlanta United 2 and Memphis 901 FC. He scored five goals and tallied two assists in 53 appearances between the two clubs.

Phoenix Rising FC begins its preseason in the 2020 Visit Tucson Sun Cup on February 15th against Columbus Crew FC at Casino Arizona Field in Scottsdale. Tickets for the match, and all of Phoenix Rising FC’s preseason matches during the Sun Cup can be purchased at PHXRisingFC.com. Fans interested in becoming 2020 season ticket members can also head to PHXRisingFC.com or call 623.594.9606.