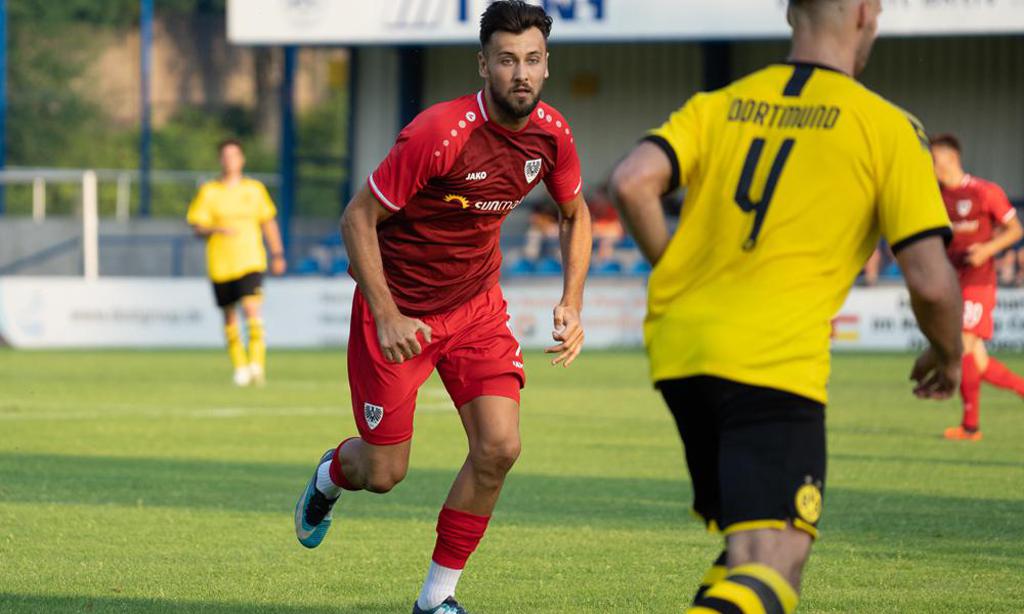 PHOENIX (January 13, 2020) — Phoenix Rising Football Club announced today that forward Rufat Dadashov has signed with the club for the 2020 season pending league and federation approval. Per club policy, the terms of the contract will not be made public.

“For me playing for Phoenix Rising FC is a dream come true,” Dadashov said. “Since 2014, when we played with the Azerbaijan national team against the U.S. national team, I’ve closely followed soccer in America and it is very impressive to see the great development. I really wanted to be part of this. After talking to Rick Schantz I knew 100 percent that I wanted to play for Phoenix. I cannot wait to get started and meet my teammates, the fans and see Arizona and most importantly help Phoenix Rising to win games!”

Dadashov most recently played with German side Preußen Münster for the past two seasons. He appeared in 52 matches (3,466 minutes) and scored 14 goals with two assists. His eight goals in the 2018/19 season were third-best on the club.

Dadashov has also been capped by the Azerbaijan National Team 24 times, scoring five goals in his international career. He made his international debut in an international friendly against Uzbekistan on February 1, 2013 and has started for his country in European and World Cup qualification matches.

“Rufat’s size, power, and precision are something that will be very beneficial to Phoenix Rising,” said Phoenix Rising head coach Rick Schantz “His ability to hold up the ball will allow our wingers and attacking midfielders to get involved and make runs off of him.  He has been playing in a very good league in Germany. I expect that this will translate extremely well into the USL.”

With the addition of Dadashov, the club has 19 players officially signed for the 2020 USL Championship season.