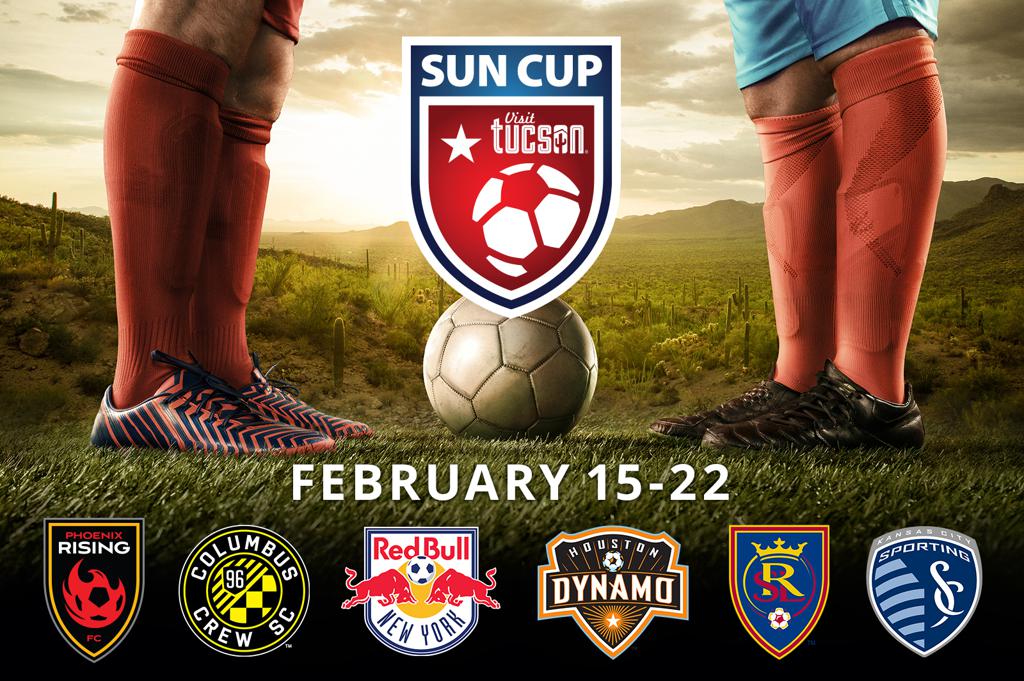 PHOENIX (December 20, 2019) —Phoenix Rising Football Club in partnership with FC Tucson and Visit Tucson announced today the dates and participants for MLS Preseason in Arizona and the 2020 Visit Tucson Sun Cup at Kino Sports Complex in Tucson. Preseason training for clubs will begin on Friday, January 17. The 2020 Sun Cup competition will take place from February 15-22.

“Arizona has been a premier preseason destination for top MLS clubs since 2012 and we’re excited to host another exciting crop of teams ahead of the 2020 regular season,” said Phoenix Rising GM Bobby Dulle. “MLS preseason is a great opportunity for soccer fans young and old to see some of the best soccer players in the country in person. The event is an invaluable piece of the soccer landscape in the state of Arizona.”

Specific match dates and times, in addition to ticketing information, will be released at a later date. To stay up to date on all information regarding the 2020 Visit Tucson Sun Cup, head to FCTucson.com.

About FC Tucson
FC Tucson, established in 2010, participated in its first-ever professional season in USL League 1 in 2019. In 2012, FC Tucson was named the USL League 2 Rookie Franchise of the Year. To stay up to date on the club, check out the team’s website at www.fctucson.com. You can also visit the team’s Facebook page at www.facebook.com/FCTUCSON and follow all of the news related to FC Tucson on Twitter at www.twitter.com/FCTucson.