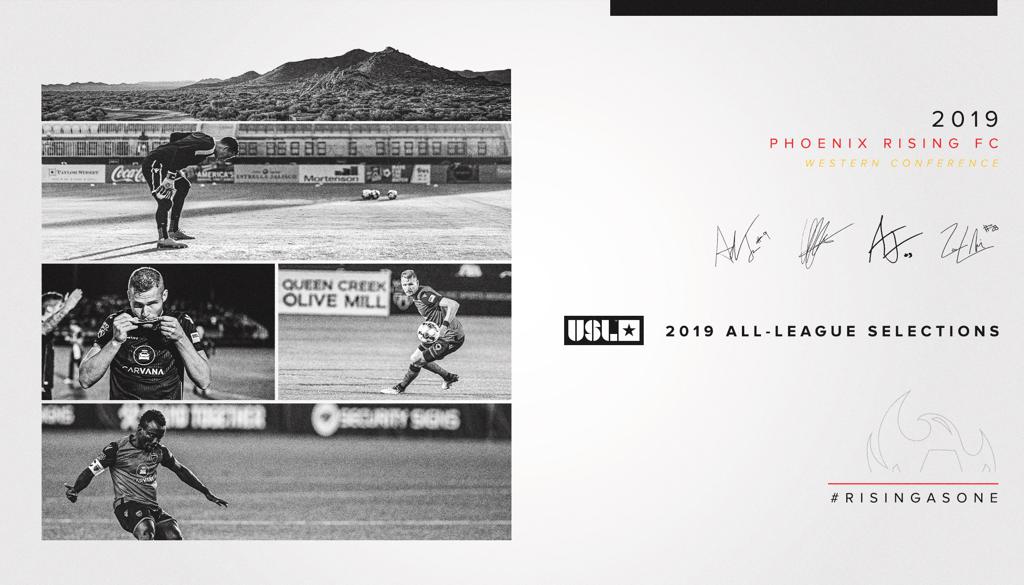 Asante broke the USL Championship record for assists (17) and combined goals and assists (39). His 22 goals scored broke a single-season club record and was just three goals shy of the league record. He was also USL’s Golden Boot Winner. This is the second time Asante has been named to the All-League First Team. He was a First Team selection in 2018.

Cochran was a part of a defense that collected a club-record 15 clean sheets in 2019. He led the team in blocks (22), was second on the team in clearances (80) and areal duels won (111), third on the team in interceptions (36), and fourth in tackles won (29). He also recorded four assists for Rising FC in the attacking end.

Lubin set a club record for most clean sheets in a season (14) and made 87 saves. His 14 clean sheets were tied for the most in the league.