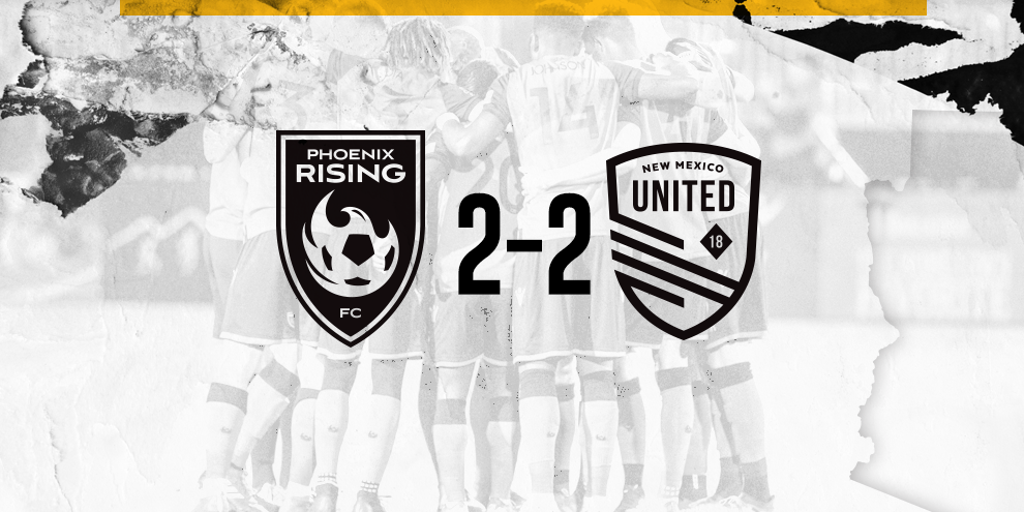 Phoenix Rising fell behind early in the match, giving up a 4th-minute goal to Devon Sandoval. The club then fell into a two-goal deficit when Justin Schmidt made it 2-0 in the 53rd minute.

But Calistri came to the club’s rescue after he was subbed into the match in the 62nd minute. Just over ten minutes after coming on to the pitch, defender Corey Whelan freed Calistri into the box down the right flank. From a difficult angle near the endline Calistri struck a right-footed shot into the far left side of the net to pull Phoenix Rising within one.

Then Calistri became the hero in the final moments of regulation. Following a Rising corner that resulted in back-to-back shots hitting the frame, Rising reloaded its attack with an Adamdou Dia cross into the box. The New Mexico United defense cleared it out toward the right corner of the box where Calistri took a touch before blasting his shot attempt past the keeper for the equalizer.

Coming into the match, Phoenix Rising’s magic number to secure the top overall seed in the USL Championship Playoffs was one. The club became the official 2019 USL Regular Season Title winners when Indy Eleven lost to the Pittsburgh Riverhounds 3-0.