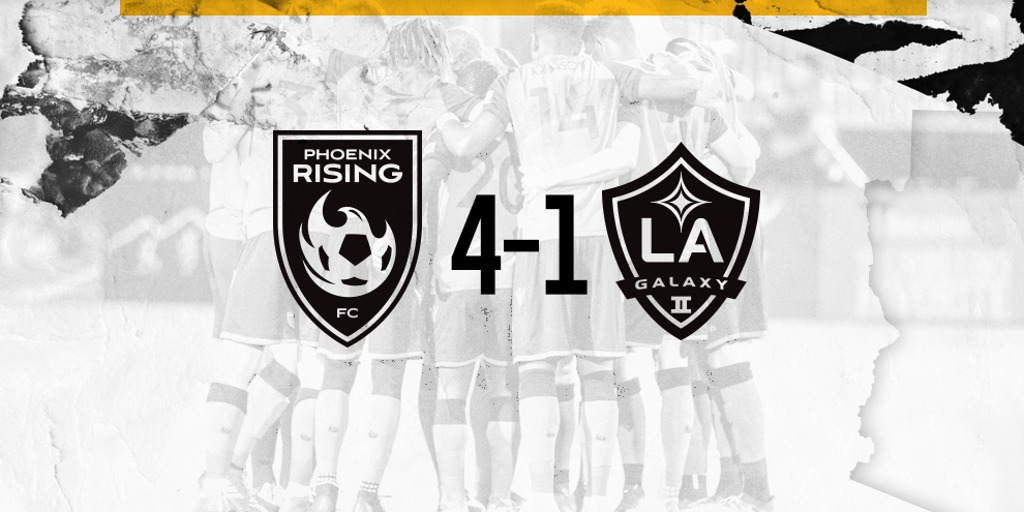 PHOENIX (September 14th, 2019) — Phoenix Rising FC extended its historic winning streak to 20 matches and clinched the No. 1 seed in the Western Conference playoffs following a 4-1 win over LA Galaxy II. The team was led by forward Junior Flemmings, who scored a brace, and Solomon Asante, who scored a goal and tallied an assist.

Phoenix Rising opened the score sheet early when Asante converted his penalty in the 10th minute to make it 1-0.

Five minutes later, Flemmings doubled the team’s lead when his shot from outside of the box sneaked inside the far left post. Flemmings would score one more goal just before the end of the half, getting on the end of an Asante cross into the box to make it 3-0.

LA pulled back a goal after a Rising own goal in the 76th minute, but Rising FC responded quickly. After an initial shot from Asante was saved by the Los Dos keeper, Ben Spencer brought down the rebound and then fired a shot into the top right corner of the net to make it 4-1.

Referees abandoned the match due to player safety concerns with the score 4-1 in favor of Phoenix Rising. Per USL rules, a team that has a three or more goal lead after 70 minutes of play is determined the winner should the match be suspended for any reason.