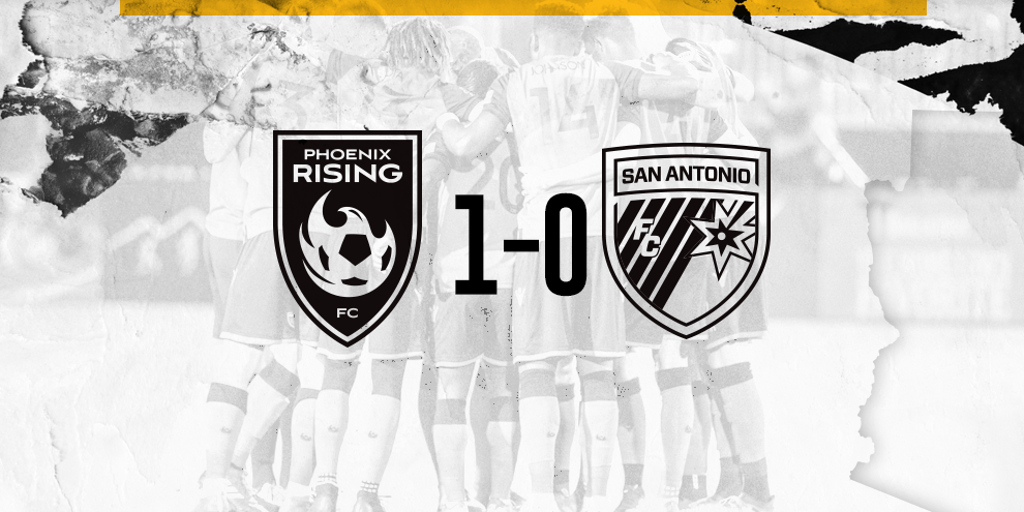 PHOENIX (September 7th, 2019) — Phoenix Rising FC had to wait nearly 90 minutes to put itself in a position to extend its historic winning streak, but an 87th-minute free-kick goal from Solomon Asante sealed the club’s 20th win of the season. The club has now won 18 straight matches, tying the record for most consecutive wins by a professional sports team in the Valley. The club also notched its 16th consecutive sellout of the season with a crowd of 6,466.

The free kick came about following a San Antonio foul just outside of the 18-yard box. With the ball slightly to the right of the center of the field, Asante curled a shot toward the far left corner of the frame. The ball smacked the post, then went directly into the net, sending the Casino Arizona Field crowd into a frenzy.

Just two minutes before the free kick, goalkeeper Zac Lubin kept the club’s winning streak hopes alive. San Antonio’s Frank Lopez got in behind the defense and beat the only defender near him to run uninterrupted into the box for a 1v1 chance on Lubin. But the goalkeeper quickly came off his line and stopped Lopez as he tried to slide the ball underneath Lubin.

Lubin made five saves total and earned his 13th clean sheet of the season, setting the club single-season record for clean sheets in a season.

Phoenix Rising takes a quick trip to Las Vegas on a short turnaround for a Wednesday night showdown in Sin City. The match will air live on Your PHX CW (channels 6 & 61.1) with kickoff at 7:30 p.m.