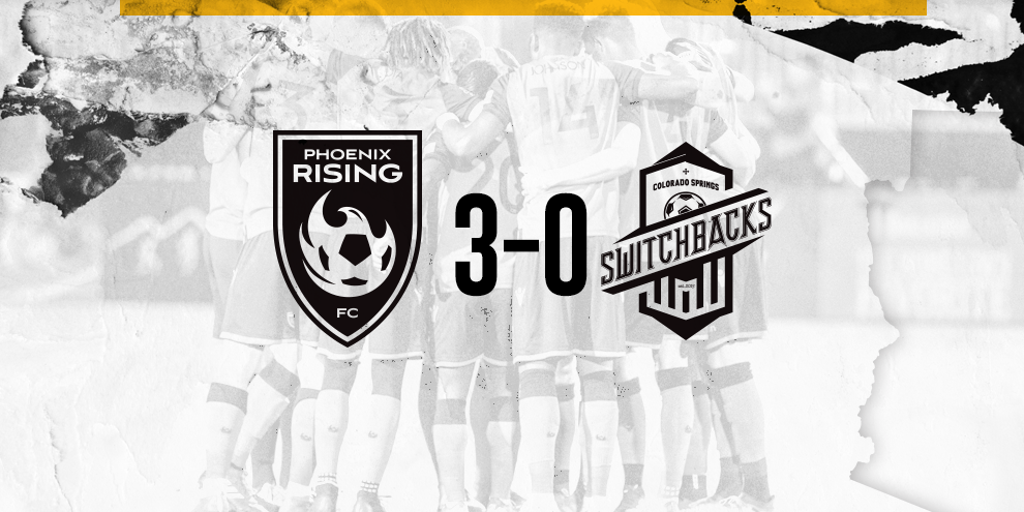 Phoenix Rising wasted little time to take a lead. In the fifth minute, midfielder José Aguinaga attempted to slot a pass to Adam Jahn as he raced into the box. A Switchbacks defender managed to get in front of the pass, but the ball bounced out into open space in the box and Aguinaga pounced and slotted a shot past the goalkeeper to make it 1-0.

Just three minutes later, Solomon Asante doubled the club’s lead when he forced a turnover deep in the Colorado Springs’ defensive zone and calmly beat the goalkeeper one-on-one in the 8th minute.

Jahn finished the evening’s scoring just before the end of the half. As stoppage time wound down, Kevon Lambert sent a pass to Asante, who one-touched a pass between a defender’s legs and right to the feet of Jahn. After dribbling the ball into the box, Jahn fired a rocket into the top near right corner to make it 3-0.

Goalkeeper Zac Lubin made four saves en route to his 12th clean sheet of the season, matching the club’s single-season record for most clean sheets in a season set by Carl Woszczynski last season.

Phoenix Rising will return to Casino Arizona Field on Saturday, September 7th, to take on San Antonio FC. The match will air live on Your PHX CW (channels 6 & 61.1) with kickoff at 7:30 p.m.