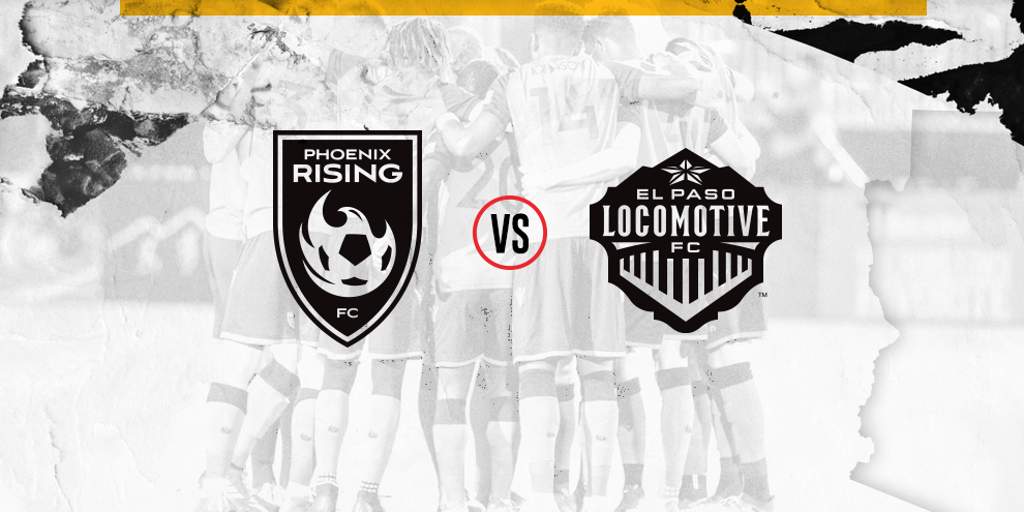 Phoenix Rising FC returns to Casino Arizona Field to begin a three-match homestand this Saturday night in a matchup with El Paso Locomotive FC. The match is scheduled to kick off at 7:30 p.m. and will air on YourPHX CW (channel 6 on cable and 61.1 on satellite & over-the-air) as well as ArizonaSports.com.

Asante’s goal gave him 15 for the season, which puts him in a tie for the USL Championship Golden Boot Award. Despite not notching an assist in LA, Asante still remains the league leader in that category with 11.

During Phoenix Rising’s 12-match winning streak, the club has outscored opponents 41-8 and collected seven clean sheets. Where matches happen have not mattered either. The club has gone 6-0-0 at Casino Arizona Field both home and away.

El Paso Locomotive comes into the match in poor form. The club hasn’t picked up a win since June 15, a stretch of seven matches (0-4-3 record). During that time, the club has also been shutout in five matches. In their last match, Locomotive FC fell to New Mexico United, 3-0.

This will be the second-ever meeting between the two clubs. Phoenix Rising shutout Locomotive FC, 2-0, in El Paso on April 13. It was Rising FC’s first win of the 2019 season.

Down But Not Out
In PHX's most-recent match, the club had to overcome a two-goal deficit to extend its winning streak. It was the third time this season the club has come from behind to win. On May 25, the club overcame a 2-0 deficit to Real Monarchs to win 4-2. On June 29, the club fell behind 2-1 to POR before scoring three unanswered to win 4-2.

Triple Threat
Junior Flemmings scored his ninth goal of 2019 against LA Galaxy II. If he scores one more goal, he will become the third player this season with double digits scored this season (behind Solomon Asante and Adam Jahn). It would be the first time in club history three players have scored ten or more goals in the same season. In each of the last two seasons, the club has had two double digit goal scorers.

Road Warriors
With their 3-2 win at LA last weekend, Phoenix Rising set a USL Championship record for most consecutive road wins in a season (6).

Difference Makers
Not only is Phoenix Rising leading USL championship in goals (56) but the club’s goal differential is also the best in the league by a wide margin. The club currently has a +37 goal differential, 12 goals better than the next highest total.

Goal scoring pace
Phoenix Rising now has 56 goals scored through the first 21 matches of the season. In 2018, the club scored 35 goals through 21 matches en route to setting the club record for goals in a season.