Audio of Rising FC games to be streamed on ArizonaSports.com 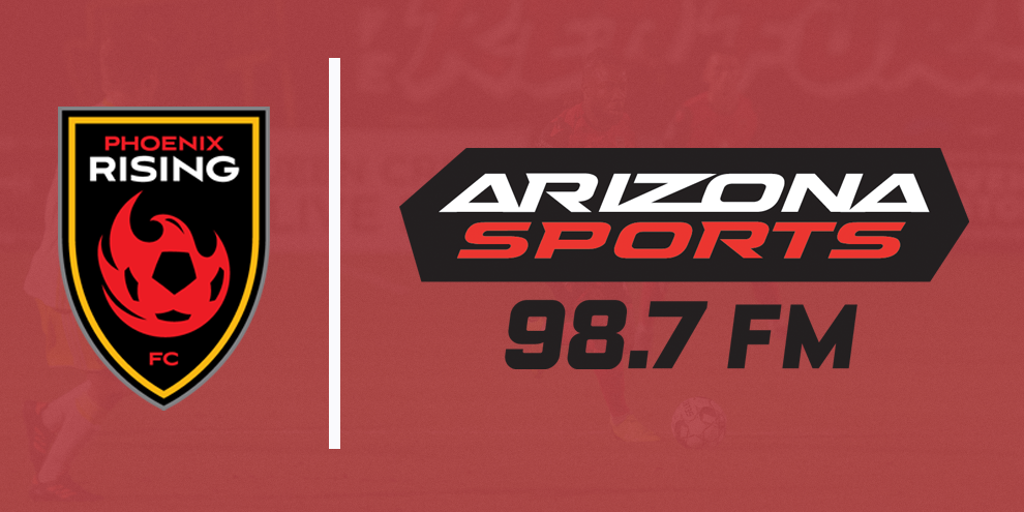 “We are thrilled to further enhance the access and reach of Phoenix Rising FC to sports fans in the Valley.” says Bobby Dulle, General Manager of Phoenix Rising FC. “The partnership with Arizona Sports provides a unique way to give Rising fans more daily and weekly updates about the team and live audio access to all of our home and away matches.”

“We are very excited to offer Phoenix Rising streaming audio broadcasts exclusively on Arizona Sports digital properties with ArizonaSports.com as the hub”, said Scott Sutherland, Vice-President/Market Manager for Bonneville Phoenix. “Phoenix Rising has strong ownership with aggressive goals for growth and a very passionate fanbase, and this multimedia marketing partnership allows us to attract a new audience in our ongoing efforts to serve the local sports fan.”

The partnership will also include a dedicated page of Rising coverage on ArizonaSports.com along with a weekly podcast hosted by Kellan Olson.

Phoenix Rising FC’s clash with Colorado Spring Switchbacks FC on Saturday, March 30th at 7:30 p.m. will be the first game to air live on ArizonaSports.com.