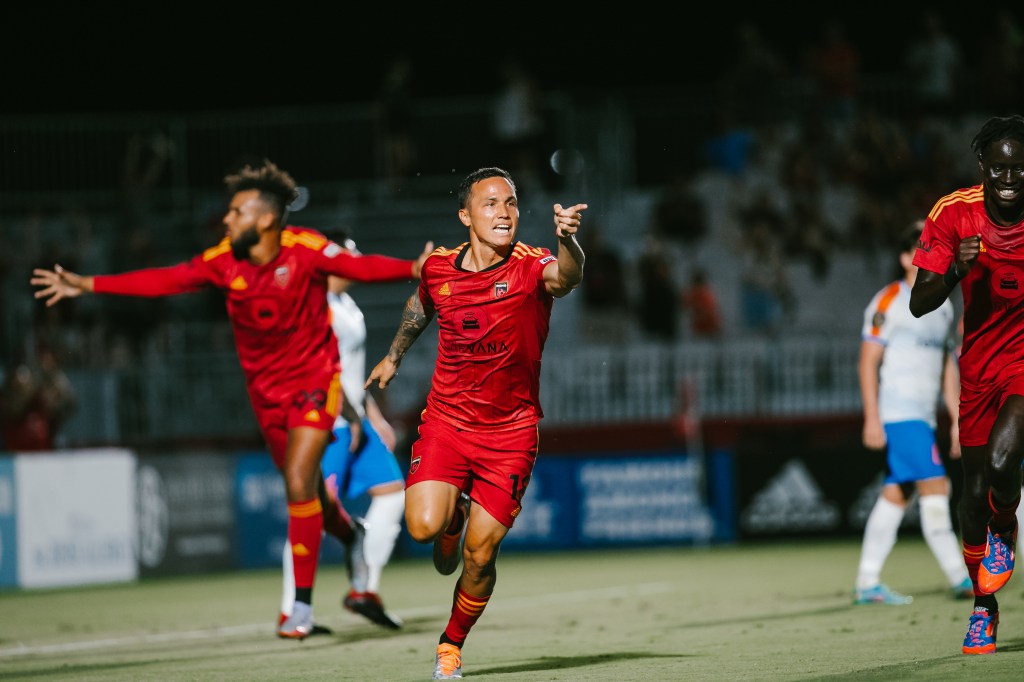 Both goals came from Luis Seijas, who scored his team-leading sixth and seventh goals of the season. Up next for Rising is an away match against Colorado Springs this Saturday, September 3 (6 p.m.) on Bally Sports Arizona Extra.

Tonight, Rising went ahead 1-0 in the 15th minute when Baboucar Njie played Santi Moar in near the endline on the left flank. Moar sped to the line and chipped a ball backwards into the area for late-arriving Seijas. Roughly 10 yards from goal, Seijas headed a shot past RGV goalkeeper Javier Garcia for his team-leading sixth goal of the season.

Phoenix turned the ball over in a bad spot near the end of the half and RGV made them pay. Christian Pinzon latched on to a pass inside the box and hammered a shot past Rising goalkeeper Ben Lundt to make it 1-1 in the 41st minute.

Seijas lined up a shot 40-yards from goal in the 57th minute and buzzed the outside of the right post behind Garcia.

Just 10 minutes later Seijas came free again thanks to Aodhan Quinn, who weaved through a pack of defenders before heeling a pass backwards. The pass was sharp, allowing Seijas to take a touch before ripping a left-footed shot low and into the corner of the goal to give Phoenix a 2-1 win.

On getting the win…

Mentally [tonight’s win] means the world to us. We’ve been struggling the past few months and for the group, for our families, for the club, for the owners, for Juan and his first win at home, it is huge. It was awesome, especially for me. Scoring two goals, it’s been a long way, I think since Miami [April 23].

On feeling his scoring touch tonight…

I felt it, from the first touch I took tonight. I felt sharp. Aodhan [Quinn] set the second one up for me. He opened the space for me. The second one was a huge, huge goal for us.

On how he wants to play…I want to play. I want to move the ball quickly. I want our defenders and goalkeeper to play through and absorb pressure. If we can do that we can create space in the lines and play through them. Making mistakes are part of the process. I want them to play a certain way.

How important was tonight’s game for the team?

It was pretty much a final. We had good conversations with the players the last two days. Before we walked on the field today, we spoke about [the last nine games of this season] every game being a final. It was tonight and at moments I see very good sparks. The tactical awareness continues to develop. The understanding is there as well. Tonight was massive, but we cannot get too happy about it. We have another final in three days. 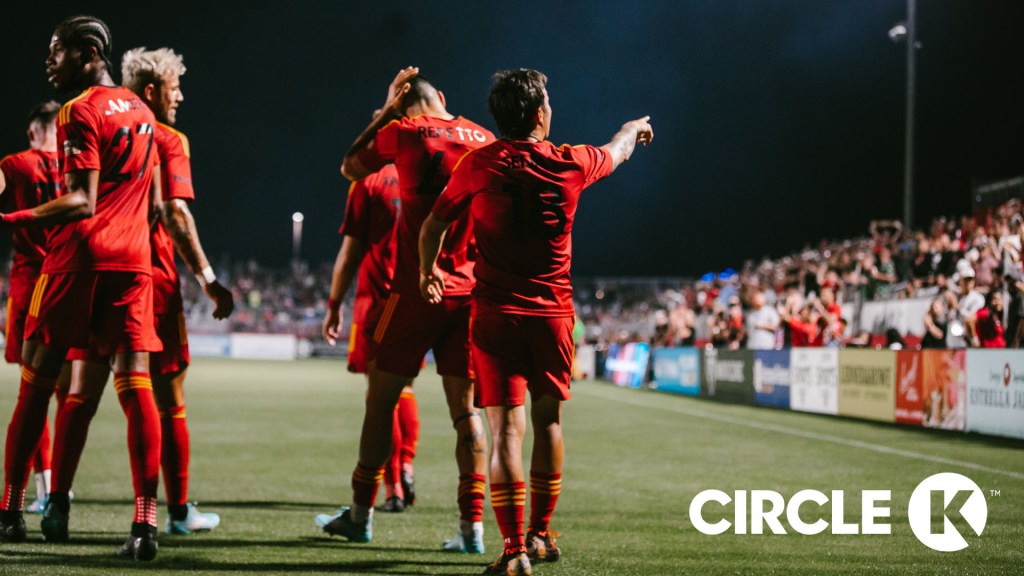 Phoenix Rising fans can enter to win a full-season subscription to the Arizona Opera by entering their information below!

Arizona Opera singer Kaitlyn Sabrowsky will preview her talents when she sings the national anthem ahead of Rising’s match against Rio Grande Valey FC on Wednesday, August 31. Fans can purchase tickets to the match by clicking here. Gates open at 6 p.m. and kickoff is at 7:30 p.m.

Sabrowsky is scheduled to return to Arizona Opera for the 2022/23 season with roles in both Ariadne auf Naxos and The Magic Flute. You can check out her website by clicking here.

We are excited to invite you to our exclusive Phoenix Rising premium and partner event, Pancakes on the Pitch! At the event you’ll have the opportunity to connect and meet the Rising players, ownership group, and the rest of our front office as we prepare for our push through the playoffs. After breakfast, there will also be an opportunity to stick around and watch the team’s training session. Please reach out to jessica@phxrisingfc.com if you have any questions.